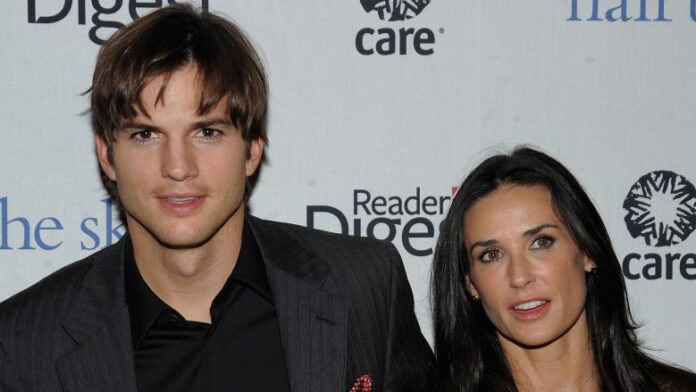 To help spice up their marriage, Demi Moore claimed that she later agreed to Ashton Kutcher’s request to bring a third party into the bedroom.

“I wanted to show him how great and fun I could be,” the G.I. Jane star wrote in Inside Out: A Memoir (via Radar Online). However, she quickly realized it was a “mistake” — particularly when multiple cheating rumors surrounding the former Punk’d star made headlines. The first report, which claimed Kutcher had cheated on Moore with a 21-year-old woman named Brittney Jones at their shared home while she was busy working on a movie on the East Coast, surfaced in 2010 (via Marie Claire).

Even worse? Moore alleged that the two had met while Kutcher went out bowling with her daughter, Rumer Willis. Naturally, Moore wrote that she felt this was a “real f**k you” at the time. However, when Moore confronted the actor over the infidelity hearsay, Kutcher supposedly tried to “deflect blame,” citing their previous threesomes. “Because we had brought a third party into our relationship,” Moore wrote, “Ashton said, that blurred the lines and, to some extent, justified what he’d done.”

The following year, Kutcher reportedly cheated on Moore again — this time with a 22-year-old woman he met at a bachelor party held for his That ’70s Show co-star, Danny Masterson. In what appeared to be yet another “real f**k you” moment, the event reportedly took place on the same weekend as the couple’s sixth wedding anniversary. According to Moore, “I felt sick to my stomach. I knew she wasn’t lying.”

As for the alleged woman in question? Well, she had something to say herself…