Saskatchewan released a road map to reopening after COVID-19. Should Ontario do the same? 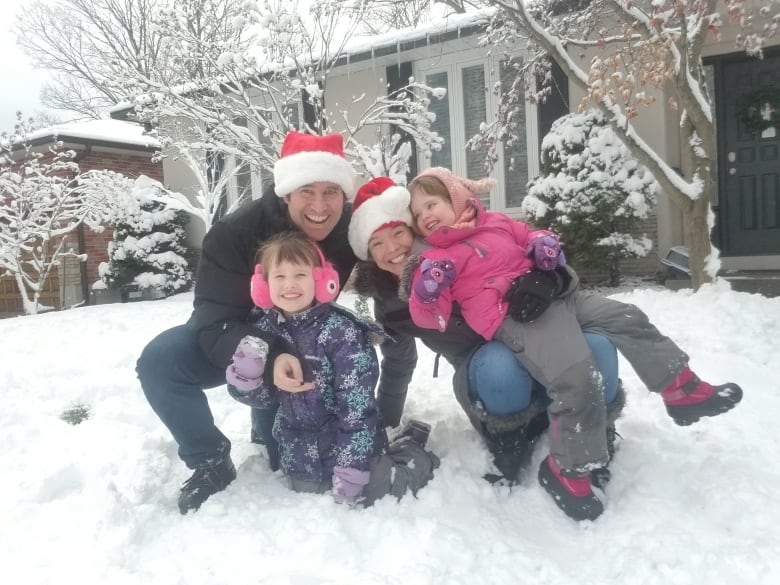 Like many Ontarians, more than a year of on-and-off lockdown restrictions has taken a toll on Ross Kutisker-Jacobson.

“I’ve lived with immense frustration and feelings of hopelessness,” said the father of two from Mississauga.

Kutisker-Jacobsen acknowledges he’s in a privileged position — he and his wife have been able to continue working in some form through the pandemic; however, he says the periods of lockdown without any certainty about reopening have been hard on him.

“I consider myself someone with good mental health. I’m fortunate I’ve never suffered depression in my life. And I’m struggling,” he said.

“What about people who aren’t in my situation.… How are they feeling now?”

The pandemic and months of lockdowns — without any indication of an end point — have tested many people’s mental health.

In February, the United Kingdom unveiled a road map to reopening, and last week, Saskatchewan outlined a three-step plan. Some experts say that even though Ontario is still in the midst of a brutal third wave, it’s time for a similar road map — one that can adapt and change as the COVID-19 situation evolves — to give members of the public a sense of control and certainty amid the chaos.

The toxicity of ‘unpredictable stress’

Kutisker-Jacobson says he believes a road map would give him hope, and make the current restrictions a little more bearable.

“It just feels perpetual and endless and hopeless,” he said.

“It would certainly help my mental frame of mind to hear that once you meet certain targets, vaccine or hospital, we’re going to open up — like life is going to come back.”

It’s a sentiment that Robert McIntyre says is common. The professor of psychiatry and pharmacology at the University of Toronto says the lack of a defined end point to the pandemic and restrictions can cause what’s called unpredictable stress.

He applauds Saskatchewan’s road map to reopening, and says that while Ontario is in a different position when it comes to COVID-19 cases and the impact on its health-care system, he’d like to see the province follow suit with something similar.

“When we have policies that indicate a road map, it gives predictability and that is so critical for everyone’s health. And then within those guardrails, if the government is saying, ‘Look, here’s the timeline and if we can achieve these milestones … then we’re going to be home free,'” he said.

“It introduces predictability and a sense of more control over my environment — what we call personal agency — that also reduces the stress.”

The U.K’s four-step reopening plan specified dates when certain measures would be lifted, provided that conditions were met. Some of those conditions included the country’s vaccination programme moving ahead as expected, and infection rates not rising to the level that they’re causing a surge in hospital admissions.

Prime Minister Boris Johnson says the intention is for this to be a one-way-plan, but hasn’t guaranteed that restrictions won’t be reimposed if necessary.

Infectious disease specialist Dr. Isaac Bogoch, who is also a member of Ontario’s COVID-19 vaccine task force, says Saskatchewan’s plan is grounded in good evidence and science, and he welcomes it.

“But on the other hand, you still have to be nimble and you still may have to modify this along the way.”

Bogoch says Ontario has a road map in the sense of its colour-coded system, but it could be improved.

When it comes to metrics, Bogoch says a sustained reduction in cases in the community, a significant reduction in the burden hospitals are facing, as well as community immunity from vaccinations, are all factors that need to be weighed in reopening plans.

In response to questions about the potential of an Ontario road map and thresholds that would need to be met in order to loosen restrictions, a spokesperson from the Ministry of Health emailed a statement to CBC News.

“Our government will continue [to] act on the advice of the Chief Medical Officer of Health who will review the science, data and trends along with collaborating with local medical officers of health and our team of expert health officials on if and when public health measure[s] can be adjusted,” the email reads in part.