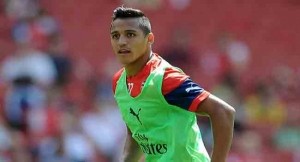 Pizzi stated that it was unclear whether Alexis Sanchez would join the squad for the game against Cameroon in Moscow on Sunday.

He said the 28-year-old Arsenal player received a blow to his left ankle in training last Thursday and might need more time to recover.

“We are going to decide tomorrow if he will play or not,” Pizzi said.

He also said it was unclear whether the Manchester City goalkeeper Claudio Bravo will be able to join Le Roja’s squad during the tournament.

Bravo, who was present at Saturday’s training, has not yet recovered from a left calf injury he sustained in late April.