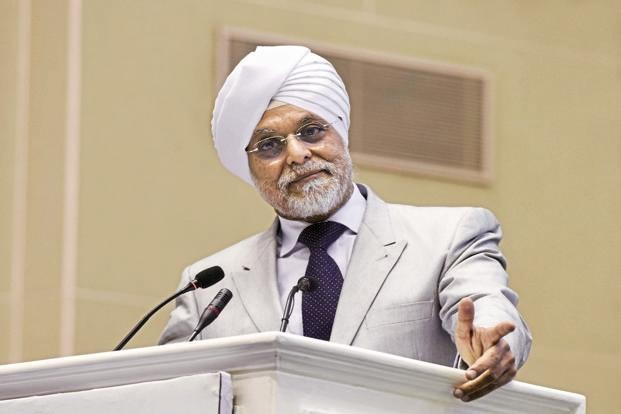 At Chief Justice of India Justice Khehar’s farewell on Friday, the Supreme Court Bar Association (SCBA) celebrated the man’s brief 240-day journey serving the highest judicial office in the country. At the SCBA ceremony, CJI-designate Dipak Misra said Justice Khehar does not plan to wallow in the luxurious rest that retirement has to offer. At the ceremony, Attorney General K K Venugopal also lauded the CJI Khehar’s privacy judgment as ‘extraordinary’ even though he had opposed the pedestal given to the right to privacy as a fundamental right in court before the nine judges. Noting the completion of his tenure as CJI, Justice Khehar thanked the country and said he was indebted to the nation for such an

Noting the completion of his tenure as CJI, Justice Khehar thanked the country and said he was indebted to the nation for sthe honour of serving as the CJI. “It allowed me to serve it at its highest judicial office. All of me is what my country allowed me to be. I served my country in the manner of discharging a debt. And I feel that it’s difficult to ever discharge a debt to your country… something like you can never discharge your debt to your parents. Likewise I feel it’s impossible to discharge the debt you owe to your country. All I can say is I worked with a clear conscience in response to the confidence reposed in me,” he said.

We look back at some landmark judgments passed by Justice Khehar during his tenure and before:

Justice C S Karnan case: Travelling through “virgin territory”, the Supreme Court bench of seven judges led by CJI Khehar unanimously convicted and sentenced a sitting judge of Calcutta High Court to six months of imprisonment. They also stated that no further comments passed by Justice Karnan should be published in the media. Before initiating the contempt proceeding against Justice Karnan, CJI Khehar expressed his unwillingness to pass such a judgment. “The task at our hands is unpleasant. It concerns actions of a Judge of a High Court. This has never happened. This should never happen. But then, in the process of administration of justice, the individual’s identity, is clearly inconsequential.”

Chandrakant Kavleker v. Union of India: During Goa elections earlier this year, Congress leader Chandrakant Kavlekar rushed to the top court demanding a stay over the swearing-in of Manohar Parrikar as Goa’s Chief Minister. Sensing the urgency in the midst of a verbal battle between the Congress and BJP, Justice Khehar listed the matter post-Holi on priority and directed a floor test to prove majority in the Goa Assembly elections of March 2017. Successfully clearing the floor test, Parrikar emerged victorious and was sworn in as Goa’s Chief Minister.

Shayara Bano v. Union of India: The Supreme Court bench led by CJI Khehar in the triple talaq case, set aside instant triple talaq by a majority of 3:2. However, CJI Khehar was among the two judges who found themselves having a minority opinion and laid down a legal framework for the practice of instant triple talaq. Justice Khehar and Justice Abdul Nazeer passed an injunction on men pronouncing instant triple talaq for the first six months and within the time frame directed the Parliament to frame a legislation that would amend the Muslim Personal Law redefining Talaq-e-biddat or to strike down the practice altogether. In either case, if the Parliament was unable to provide a solution to this, the injunction would have continued. “When the British rulers in India provided succor to Muslims by legislation, and when remedial measures have been adopted by the Muslim world, we find no reason, for an independent India, to lag behind.”

Justice K S Puttaswamy v. Union of India: In the span of 240 days of his tenure, the bench of nine judges led by CJI Khehar declared right to privacy a fundamental right under the Constitution of India. Before vacating his office as the CJI, Justice Khehar passed his last judgment as one of the landmark ruling passed by the top court. Stating in the judgment that “personal choices governing a way of life are intrinsic to privacy”, the bench instantly covered a plethora of issues falling under privacy. The bench also laid down specifically areas where right to privacy would apply including, preservation of personal intimacies, the sanctity of family life, marriage, procreation, the home, sexual orientation, individual autonomy, protection of heterogeneity and recognition of the plurality and diversity of our culture. In a case of distribution of Cellular Mobile Telephone Services Licenses, Justice Khehar along with four other judges passed a ruling explaining the “concept of equality” to the court and the parties involved. Khehar shrewdly observed that earlier on accord of receiving equality by the less fortunate, the higher stature cried for equality. He further explained how public interest litigation (PIL) gave way to judicial intervention for the less fortunate demanding basic respectable human rights.

“Equality is a definite concept.”

In order to have a matured society, he explained how a balance between individual rights and plural rights should be maintained and stated that an individual citizen cannot be a beneficiary at the cost of the country.

“Enriching one at the cost of all others would amount to deprivation to the plurality i.e., the nation itself.”

After a lengthy investigation carried out by the Central Bureau of Investigation (CBI), a closure report was submitted to the Special Judicial Magistrate (CBI), Ghaziabad. The report noted suspicious actions on part of the parents of Arushi Talwar but submitted to close the investigation due to lack of evidence. But the Magistrate rejected the CBI closure report and summoned Rajesh Talwar and Nupur Talwar, parents of Arushi Talwar to the court on the charge of murder of their daughter. Upon receiving summons, the Talwars filed petitions in High Court and Supreme Court subsequently.

The Division Bench of Justice Khehar and A K Patnaik shut down the investigation process and directed the Talwars that no relief of further investigation could be granted once the Magistrate had taken into cognizance and issued process against them under the Criminal Procedure Code. The case further went to Special CBI and in 2013, the quantum of sentence was passed against the Talwars.