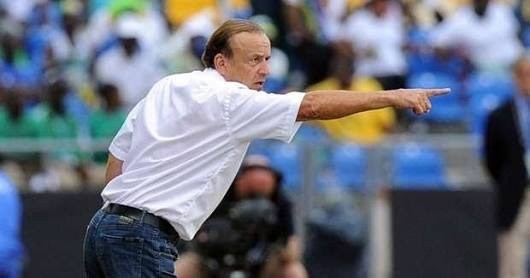 Nigeria have left out Chelsea star Victor Moses from their 2019 Africa Cup of Nations qualifier against South Africa next month.

Speculation has been rife in recent weeks over the whether Moses would be available for the June 10 match in the southern city of Uyo.

The 26-year-old has been Nigeria’s most outstanding player in Europe this past season but there have been doubts about his commitment to the Super Eagles.

Another surprise in Gernot Rohr’s 23-man squad is a first call-up for Maroof Youssef, who plays for Egyptian side Zamalek.

The 24-year-old, who can operate as a defensive midfielder or forward but is listed in the squad as a defender, helped the Cairo club win a league and cup double last season.

They also reached the last four of the 2016 CAF Champions League.

Akwa United star forward Alhassan Ibrahim and goalkeeper Ikechukwu Ezenwa, from FC Ifeanyi Ubah, are the only two players called up from the domestic league.