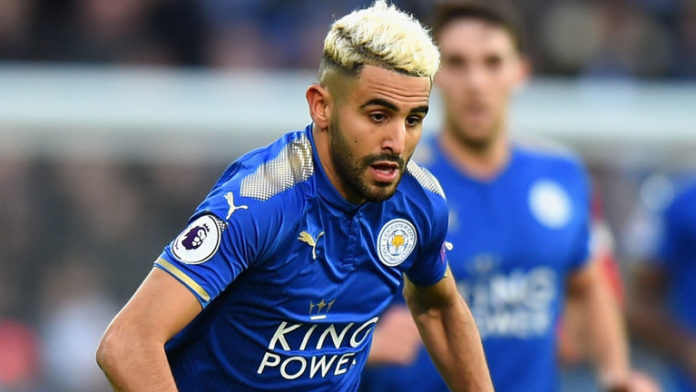 Riyad Mahrez has taken part in full training and has made himself available for Leicester’s game at Manchester City on Saturday.

The Algeria international had not trained with the club since his proposed transfer to City failed to materialise during the January transfer window.

But Mahrez was back at Leicester’s training ground on Friday, where he was seen smiling and laughing with his teammates.

Foxes manager Claude Puel said in his pre-match news conference on Thursday Mahrez would miss the Sky Live game at the Etihad, although the situation since appears to have moved on.

“I think Riyad will be not available for the Saturday game against Manchester City,” said Puel.

“I hope he can get his head right and come back with us and work hard. The best way is to come back and enjoy his football.”

Puel has been keen to leave the way open for a return to first-team action for Mahrez, although it remains to be seen whether he will earn a place in Saturday’s matchday squad.

Mahrez last played for the Foxes in the 2-0 win over Watford on January 20and scored the second goal in stoppage-time.

He was an unused substitute the following week in the 5-1 FA Cup victory at Peterborough but was omitted from the matchday squad for the 2-1 defeat at Everton in the Premier League and the 1-1 home draw with Swansea.