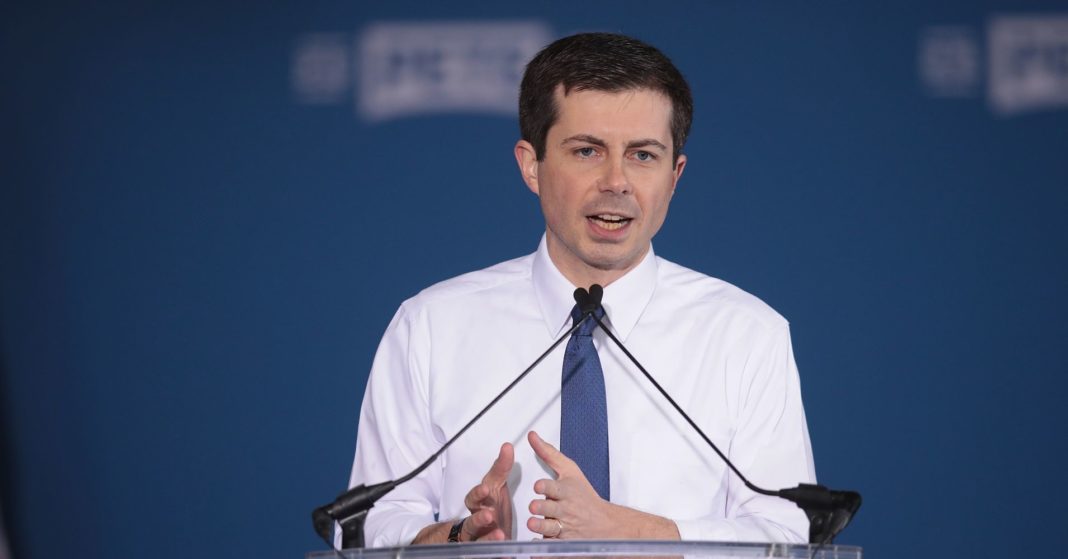 Pete Buttigieg’s increasingly popular presidential runhas drawn the support of more than two dozen top Democratic fundraisers, including people who bundled big-dollar donations for Barack Obama and Hillary Clinton during their White House bids, according to a list CNBC obtained from campaign aides.

The financiers on the roster range from former U.S. ambassadors to real estate executives, the latest evidence that the South Bend, Indiana, mayor’s underdog bid to challenge President Donald Trump next year is catching on with Democrats as the party sorts through a crowded primary field.

Particularly, Buttigieg’s sincere approach is generating enthusiasm among the Democratic donor class. One of the leading names on the list, lobbyist and former John Kerry 2004 campaign official Steve Elmendorf, decided to back Buttigieg on Sunday, the day the mayor officially launched his campaign with a speech in South Bend.

“The more I watched him, the more I thought he was performing at a level above all the other candidates. He has an optimistic message and I liked him,” said Elmendorf, who bundled more than $100,000 for Clinton’s 2016 campaign, according to the nonpartisan Center for Responsive Politics. “I just think everything about him is the opposite of Trump in a good way and when he answers every question he’s trying to find solutions. He’s not attacking anyone.”

“I think he’s put himself out there in every possible venue. He’s done every possible interview and has done well. He comes across as authentic,” he said. “There’s something to be said about someone from out of Washington and a new, young person in this race.”

Members of the wealthy Pohlad family – which owns a group of more than 30 Minneapolis-based businesses, including Major League Baseball’s Minnesota Twins – are also backing Buttigieg. According to Forbes, the family’s total net-worth as of 2015 was $3.8 billion. Robert Pohlad backed Obama in 2012 and helped rake in at least $500,000 that cycle.

Jill Goldman, a Los Angeles activist and filmmaker who was a member of Obama’s 2008 national finance committee, is also behind Buttigieg. She helped Obama bring in at least $200,000 throughout his first run for the White House.

John Phillips, who previously was U.S. ambassador to Italy under Obama, is also on the list. He is a founding partner at legal powerhouse Phillips & Cohen, and he raised at least $500,000 for Obama in 2012.

David, Goldman and Phillips did not return requests for comment. Pohlad could not be reached. CNBC also reached out to others on the list.

Unlike much of the Democratic primary field, Buttigieg has not fully distanced himself from big money donors.

His initial campaign pledge was to not accept corporate PAC money or contributions from the fossil fuel industry, but he did not say anything about getting help from corporate executives.

During the first quarter, he raised a surprising $7 million, putting him among the top tier of Democratic contenders. Some of that haul came from finance executives, including Stephen Schuler, a director at Chicago-based investment firm Wicklow Capital.

Buttigieg has also spoken in favor of American capitalism, but not without some criticism.

In a recent interview with CNBC, the openly gay mayor and military veteran, explained that capitalism is beneficial but only for those who can leverage it.

“American capitalism is one of the most productive forces ever known to man, and there’s so much that this country has been able to unlock, especially in the last century, in terms of technology, in terms of prosperity,” he said.

He went on to criticize policies that have hindered peoples ability to be successful in an American capitalistic society and has led to inequality.

“The economy is not some creature that just lumbers along on its own. It’s an interaction between private sector and public sector. And public sector policies, for basically as long as I’ve been alive, have been skewed in a direction that’s increasing inequality,” he said.

Here are the Democratic bundlers raising funds for Buttigieg: