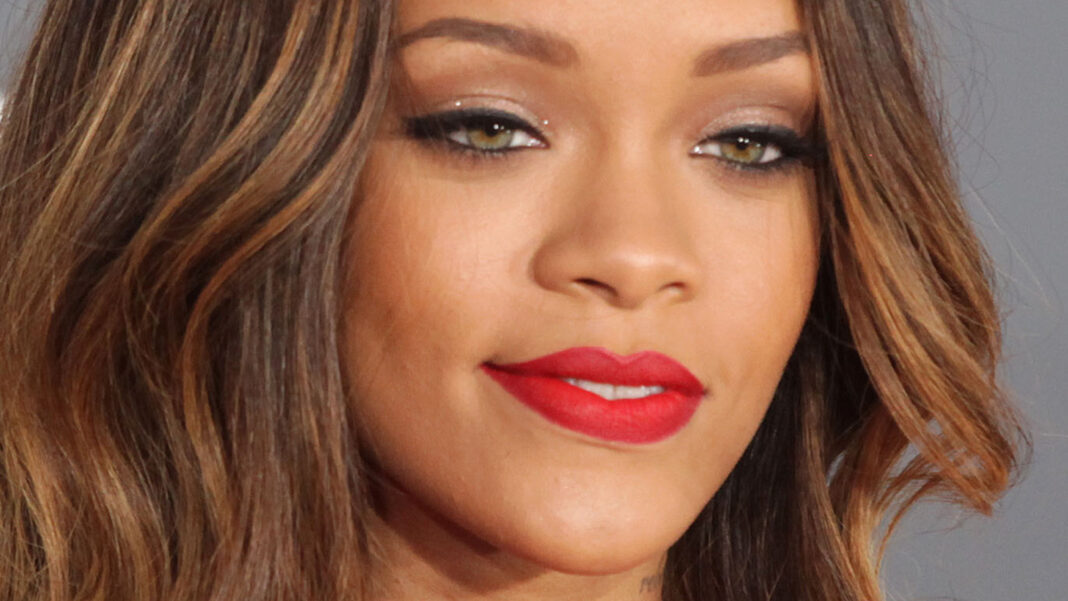 Beyoncé’s pregnancy pic may have broken the internet back in February 2017 when she revealed that she was welcoming twins into the world, but Rihanna has obviously decided to take a very different approach. After initially being photographed while out for a walk with A$AP Rocky in New York City with her beautiful bare belly was on display, according to People, she then took to Instagram on February 2 to share a few of those shots — and that’s not all!

The first photo in the IG collection isn’t as styled and clearly wasn’t taken by a professional, but it’s just as wonderful as the others. That’s because the singer can be seen in what looks like a bathroom holding up the football jersey she’s wearing — with matching gloves no less — to look down at her pregnant belly. While it’s a simple image, it’s also incredibly sweet.

The caption was also incredibly significant, with the singer writing, “[H]ow the gang pulled up to black history month.” Indeed, with the post happening just a couple of days into Black History Month, it seems perfectly apt for this history-making Black mother-to-be to recognize the occasion while acknowledging her growing family.