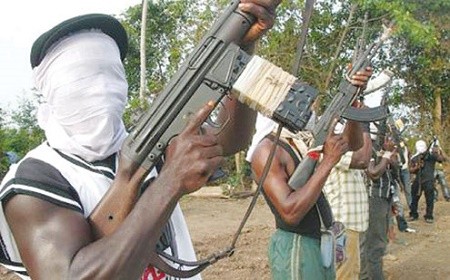 A Lagos lawmaker, Mr. Segun Olulade, on Wednesday appealed to the abductors of six students of Lagos State Model College, Igbonla, in Epe to release them from captivity.

Olulade, representing Epe Constituency II at the Lagos State House of Assembly, made the plea in an interview with the News Agency of Nigeria in Lagos.

NAN reports that the six students were kidnapped by unknown gunmen on May 25, when the kidnappers gained entry into the school after breaking a portion of the fence.

According to Olulade, the students are innocent children who do not deserve to be kidnapped for any reason whatsoever.

“It is a sad incident that we have not been able to recover from. We have been talking with the affected parents. We share the pains of the parents and their concerns; we know it is not easy.

“We want to appeal to those who are involved in this nefarious act to please release these innocent children.

“The kidnappers should consider the pains and agonies of the victims’ parents and relations.

“We call on all parents and all mothers to join us to pray for the safety of these children. The government and the security agencies are frantically working to ensure their release,” he said.

Olulade, who commended the security operatives for their hard work, urged them to do more to stamp out criminality in the state.

“We appreciate the efforts of the security agencies and we know they can still do more; we want them to continue to protect lives and property according to their mandate.

“We believe that they have all it takes to do the needful. We pray God to continue to strengthen them,” the lawmaker said.

He urged the parents to remain calm, saying the affected children would, by God’s grace, return safely.

“We appeal to everybody to join us in prayer, rather than condemning and blaming.

“We believe that with all efforts of the state government, the community leaders and the security agencies, everyone will laugh at the end,” Olulade said.

NAN reports that the latest abduction occurred seven months after gunmen kidnapped two teachers and four students of the same school, who were later freed.