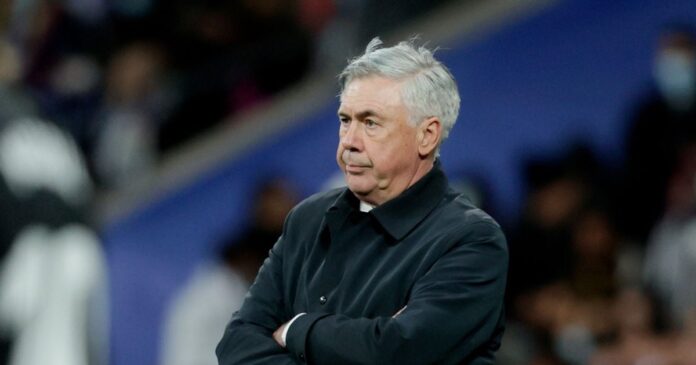 The four players Real Madrid boss, Carlo Ancelotti, considers irrelevant to his plans this season have been revealed.

According to Diario AS (via Madrid Xtra), Ancelotti doesn’t count the likes of Eden Hazard, Jesus Vallejo, Mariano Díaz, and Alvaro Odriozola in his plans for the current season.

This is despite the Italian having one of the smallest squads in Real Madrid’s recent history.

The report added that Los Blancos have a squad of just 19 players this term.

The four players in question have hardly received any game time under Ancelotti.

Due to their lack of preference for Ancelotti’s team, their current future at Real Madrid is in doubt.

The most high-profile player in the ranks is Hazard.

The Belgian joined Real Madrid from Chelsea in 2019 in a deal close to €115 million.

Hazard, however, has failed to replicate his form in the Premier League in Spain due to frequent injuries and lack of form.

He has made just seven appearances for the reigning UEFA Champions League winner this season.

Vallejo, Mariano Diaz and Odriozola, meanwhile, have made just eight appearances between them for the club this season across all competitions.