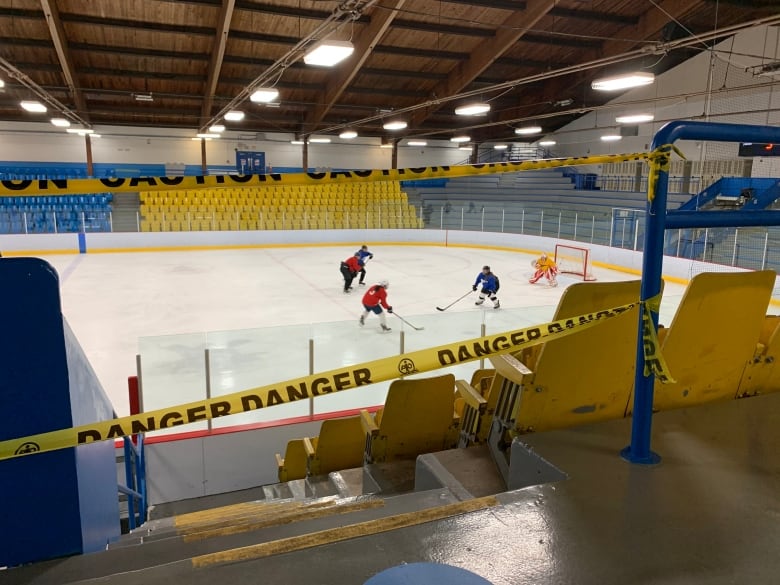 The Quebec government is set to announce an additional set of regulations for sports teams, schools and gyms in the province’s red zones at 1 p.m. local time this afternoon. The new rules will be in place until at least Oct. 28.

In a separate news conference at 5 p.m., Premier François Legault is also expected to launch the national COVID-19 notification app in the province.

According to Radio-Canada sources, the Quebec government will make masks mandatory in schoolyards for students in Grades 4 to 11, and will also shut down gyms and ban team sports.

Greater Montreal, Quebec City and the Chaudière-Appalaches regions were designated as red zones under the province’s COVID-19 alert system last week. As of midnight Monday, three towns in the Gaspé region will join them.

Currently, students are required to wear a mask when walking in indoor shared spaces, such as hallways, and while on the school bus. But, since school resumed earlier this fall, health officials have noticed that it was harder for students to respect their class bubbles when in the schoolyard, Radio-Canada reports.

In recent months, the government has repeatedly come under fire for not making masks mandatory inside classrooms, but that rule does not appear to be changing just yet.

Some class sizes to be reduced

Education Minister Jean-François Roberge is also expected to reduce the sizes of some class groups and to reduce the amount of time they spend in class by adding additional online learning. This measure is expected to target students in Grades 10 and 11 specifically.

As for school sports activities, those will be maintained on the condition that all students remain within the same groups as they do for their classes.

In-person classes to be suspended in CEGEPs, universities

All in-person courses in CEGEPs and universities are also expected to be officially suspended in red zones.

Many schools have decided to move their semesters online, but certain activities, such as labs, had been permitted. With the new regulations, all activities will be suspended.

Quebec is also reversing its original decision to allow gyms to remain open in red zones.

According to Radio-Canada, all gyms and indoor sports facilities will be shutting their doors because it was becoming difficult to trace people’s contacts in these areas.

Team sports are also expected to be banned today, but all individual or pair sports, such as running, will be maintained.

After months of debate and hesitation, Health Minister Christian Dubé said last week he was in the process of finalizing details about adopting the federal app, COVID Alert, which informs users when they have had prolonged contact with someone who tested positive for COVID-19.

Legault is expected to officially launch the app in a news conference this evening, in an effort to control the ongoing rise in cases.

Many Quebecers are now living in a red zone, but what does that mean exactly? 3:16