”Perish your thoughts of staying beyond 2019” PDP tells President Buhari 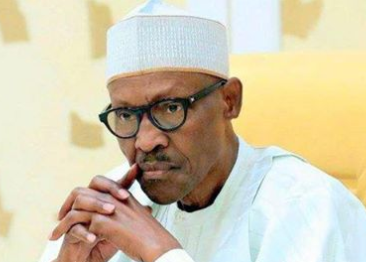 ”Perish your thoughts of staying beyond 2019” PDP tells President Buhari

The Peoples Democratic Party (PDP) has told President Muhammadu Buhari and the All Progressives Congress (APC) to perish the thought of staying in the Presidency beyond May 29, 2019, as Nigerians have rejected them.

The PDP in a statement by its National Publicity Secretary, Kola Ologbondiyan, on Monday, said the President already knows he has failed adding that such accounts to why he is no longer confident whenever it comes to issues of 2019 general elections.

The party said President Buhari’s media adviser, Femi Adesina, only confirmed the obvious when he announced the apprehensions being entertained by the President over the 2019 race, adding that he, (President Buhari) must have appropriately assessed and rated his administration as a failure.

Stating that the President would not be bordering about opponents if he had done well in office, the PDP also charged the APC and the Presidency to end their current attempts to use paid fifth columnists in their failed bid to cause disharmony within the repositioned and rebranded PDP.

It is instructive to note that the Presidency’s comment is coming after the intimidating PDP mega rally in Dutse, Jigawa state, which sent a clear signal to President Buhari and the APC.

If President Buhari had done well in office; if his government had not wrecked our economy; if his government had not damaged our national unity, resulting in the daily bloodletting in our country; if his administration had not betrayed the people and failed in delivering even the littlest of his campaign promises, President Buhari would not be afraid of any opponent ahead of elections as stated by his media aide.

From Mr. Adesina’s comment, it is clear that the President is fully aware that he has become grossly unpopular and cannot command any electoral value. Both the President and his party must therefore instruct themselves appropriately and completely bury the thought of staying in office beyond May 2019.

We therefore advice the Presidency and the APC to jettison any plot to force its way using intimidation, coercion and manipulations as such would be firmly resisted by Nigerians.

In the same vein, we charge the APC and the President to note that its resort to sponsoring fifth columnists on smear campaigns against our repositioned and reinvigorated party has become of no effect as our members and supporters in all the states and the six geo-political zones across the nation are now, more than ever before, firmly united under the new leadership of the party to vanquish the APC in the 2019 general elections.

Finally, the re-positioned PDP re-assures Nigerians of level playing ground and open political space in all processes leading to the selection of candidates at all levels to ensure that the nation gets the leadership it desires and ultimately return to the path of national unity and prosperity.