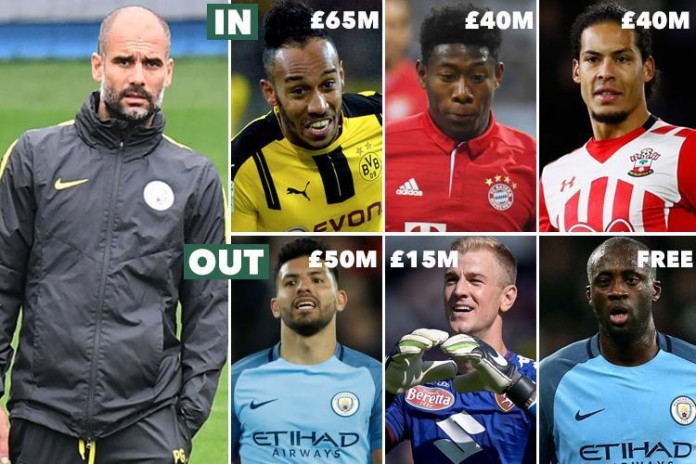 The guys respond to your tweets about Neymar’s fee, Pep’s managerial pedigree and how Stevie would replace Coutinho.

Despite spending close to £200 million already this summer, Pep Guardiola is set to splash out again after admitting Manchester City “need someone else” before the transfer window closes.

The City boss has overhauled his squad this summer, bringing down its average by allowing six 30-somethings to leave with three of his five new signings 23 or younger.

So far, Guardiola has addressed the urgent need for a new goalkeeper and full-backs after allowing five options from last season to leave. Of his five new players, four were necessities — Ederson Moraes, Kyle Walker, Danilo and Benjamin Mendy — although City haven’t scrimped on signing quality replacements.

Guardiola’s only other signing was £43m Portuguese playmaker Bernardo Silva, who joined at the start of the window. It wasn’t a position that City where particularly short and the former Monaco player is set to be competition for David Silva and Kevin De Bruyne. But the 22-year-old could turn out to be a bargain — particularly with the crazy fees in the current transfer window and he is a player who could offer a decade of service to the club.

City seemingly don’t have any other pressing needs but, barring another new goalkeeper, there is an argument for them to strengthen in every position.

City were expected to sign a new centre-back in the transfer window but so far the position has not been a priority. The resurgence of Vincent Kompany has been the principle reason for a lack of urgency, given his impressive form at the end of last season and in this summer’s friendlies. The biggest concern surrounding the Belgium international remains his fitness after a couple of seasons of persistent injury problems but if City could be assured he has put them behind him, they may not want to spend on the position this summer.

City have lost Aleksandar Kolarov — one of their four options from last season. They have Eliaquim Mangala and Jason Denayer training with the first team squad after spending last year away on season-long loans but both are expected to leave before the transfer window closes. That would leave youngster Tosin Adarabioyo as cover. He is extremely highly thought of by Guardiola but is still relatively raw at just 19.

The return of Ilkay Gundogan could be a major factor for Guardiola’s tactical strategy this season after the German international missed six months of last season with a cruciate knee ligament injury. The former Borussia Dortmund player has returned to training but is still some weeks away from being available for first team action.

Gundogan’s injury coincided with the return of Yaya Toure, following a three-month exile after Guardiola refused to pick him following controversial comments from his agent.

Toure was a revelation under his former Barcelona boss, earning himself a one-year contract. With Fernandinho also in the squad, City would appear to be well-stocked. However, Guardiola may opt for another long-term alternative. Toure and Fernandinho are both in their 30s and out of contract next summer, Gundogan has a history of long-term injuries and since last season, City have sold Fernando and allowed Aleix Garcia to leave on loan while Fabian Delph’s future remains uncertain. 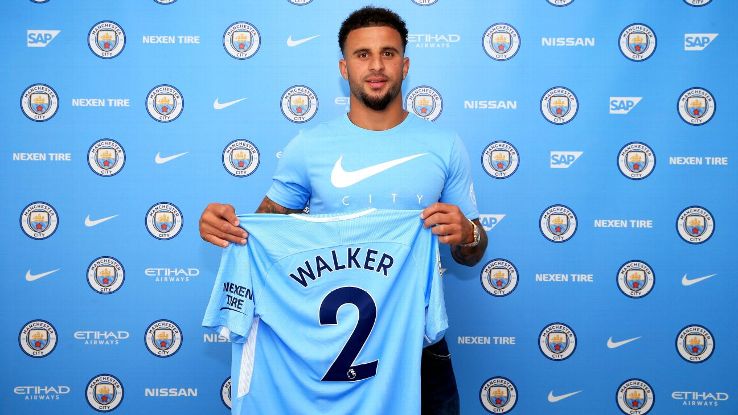 Manchester City have spent big so far but Pep Guardiola is not done yet.

A third striker would seem the most likely new signing with City heavily linked with Arsenal’s Alex Sanchez and Monaco’s Kylian Mbappe. The big problem for Guardiola is that signing either will prove extremely difficult. Arsene Wenger insists Sanchez will remain with the Gunners despite the risk the Chilean can leave for nothing at the end of the season. Mbappe, meanwhile, is the most sought-after teenager in world football but City are wary of being drawn into an auction for the 19-year-old with Real Madrid, Paris Saint-Germain and Barcelona all interested.

It leaves Guardiola in a predicament. Sanchez would appear to be his top target and he may prepared to wait another year and sign him for nothing. But the danger is that could leave City short this season. Academy product Kelechi Ihenacho has already been allowed to leave for Leicester City and it would be seen as a risk to enter the season with just two first-choice strikers. Gabriel Jesus has been sensational since he has joined the club in January but the reality is that he has only made 11 appearances for the club.

Guardiola has experimented with Raheem Sterling as a centre forward in preseason and the England international scored in each of their final three friendlies. But his finishing is seen as the weakest side of his game and the City boss may prefer to buy another alternative.