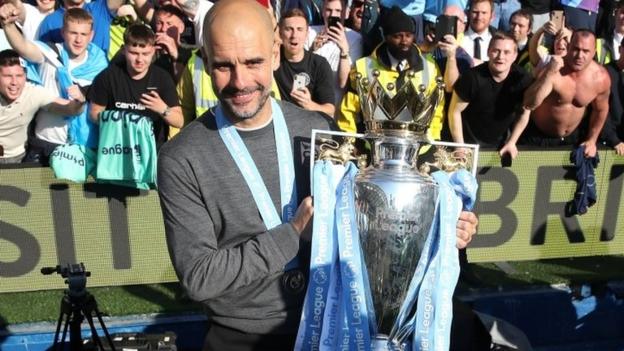 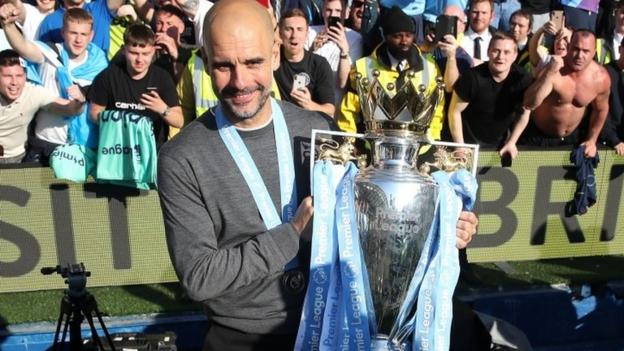 It is understood some Uefa investigators want the club to be banned from the Champions League for a season if they are found guilty.

“I said many times I trust the club,” said Guardiola.

“If Uefa decide we have done something wrong, we will be punished.

City have won the Premier League and Carabao Cup this season and will become the first team to win the domestic treble in England if they beat Watford on Saturday (17:00 BST).

The club have said “the accusation of financial irregularities remains entirely false”.

Chief investigator Yves Leterme has made his recommendation but it is not known if he supports a ban.

The reports alleged that City broke FFP regulations by inflating the value of a multi-million-pound sponsorship deal. City were fined £49m in 2014 for a previous breach of regulations.

It understood Leterme’s fellow board members firmly expressed the view at a recent meeting that a season-long ban would be a suitable punishment if City are found guilty.

Uefa said Leterme, “after having consulted with the other members of the independent investigatory chamber”, decided “to refer Manchester City FC to the CFCB adjudicatory chamber following the conclusion of his investigation”.

It is unlikely any punishment for City will apply to next season’s Champions League because they could appeal, and even take their case to the Court of Arbitration for Sport.

City could also face a transfer ban, with the Football Association, Premier League and Fifa investigating the club over the signing of youth players.