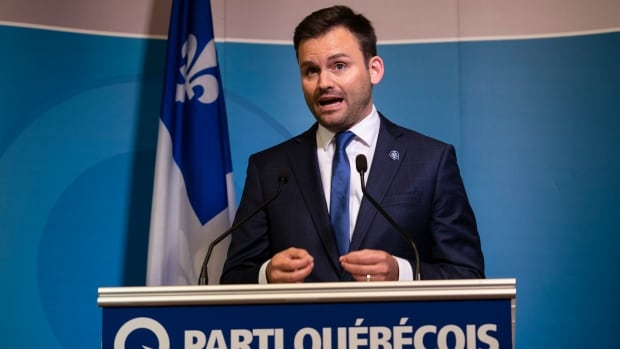 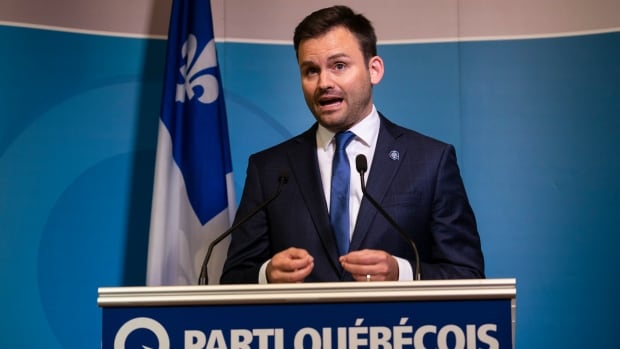 Paul St-Pierre Plamondon, 43, is the new leader of the oldest sovereigntist party in Quebec’s legislature, taking over a caucus smaller than it’s been since the early 1970s.

“The members have decided to write a new chapter in our history,” Plamondon, a lawyer, said in his victory speech Friday evening.

“Tomorrow we start to work.”

Plamondon took 56.2 per cent in the third ballot.

After the election results were announced, Plamondon gave an impassioned speech that touched on the impacts of the pandemic, protecting the French language and the need for the Parti Québécois (PQ) to be a party that is close to the population.

In the days leading up to the election, Plamondon described himself as most able to rejuvenate the party by attracting young, new members.

His victory speech was delivered during a virtual event on Facebook, during which several surprise guests spoke, including current leader of the Bloc Québécois Yves-François Blanchet.

Pascal Bérubé, who is bowing out as interim leader, spoke about his two years at the party’s helm.

“I have held this position with honour,” said Bérubé, citing activism as the strength of the party.

Four men were vying to replace Jean-François Lisée, an author and former journalist who led the PQ in the 2018 election to a disappointing tie for third place with 10 seats.

Since Lisée stepped aside, the party has refocused on a pro-independence platform.

Launched in March, the leadership race was suspended due to the COVID-19 pandemic, as there was a ban on gatherings and travel.