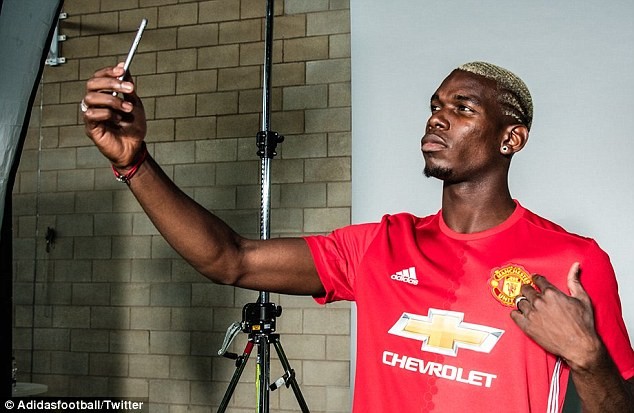 The world’s most expensive footballer Paul Pogba has posted pictures of himself at the holiest site of Islam, days after helping Manchester United to victory in the Europa League final.

He also issued greetings for the Muslim holy fasting month of Ramadan, which began on Saturday.

On Instagram, the Frenchman posted a photo of himself standing in front of the Kaaba, a black cube towards which Muslims turn for their five daily prayers.

“Most beautiful thing I’ve seen in my life,” wrote Pogba, shown wearing the white cloth of Muslims performing umrah, the lesser pilgrimage which is popular during Ramadan.

“Ramadan Kareem bon Ramadan #makkah #blessed”, Pogba, 24, wrote on his Twitter account where he posted a selfie of himself in front of the throng surrounding the Kaaba.

“The most beautiful thing I’ve seen in my life”: Paul Pogba on travelling to Mecca for Ramadan [?: Pogba, IG] pic.twitter.com/d2QWmiLElA

On May 22, a suicide bomber at Manchester Arena killed 22 people during a concert.

Two days later, Pogba scored one of the two goals which propelled Manchester United to a 2-0 victory over Ajax in the Europa League final.

“We played for the people who died,” Pogba told BT Sport.

The midfielder was transferred for more than £89.3 million ($114 million) in August 2016 from Italian club Juventus.

FIFA are to investigate the transfer, a source at world football’s governing body told AFP this month.