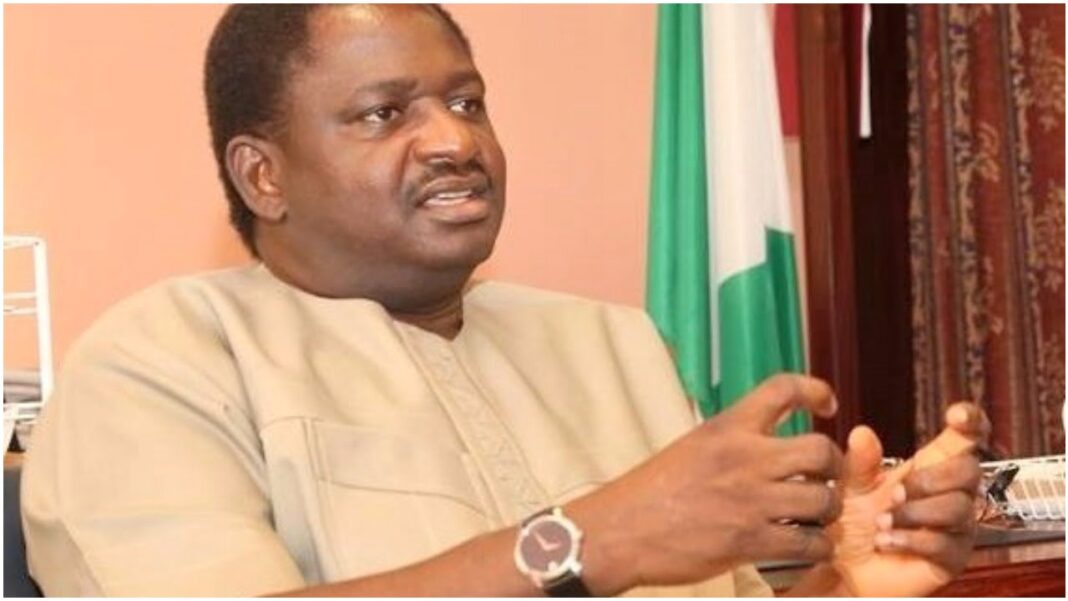 Nigeria news : Why Wike now praises Buhari, begging him to visit Rivers – Adesina, The Special Adviser to President Muhammadu Buhari on Media and Publicity, Femi Adesina, has revealed what may have made the Governor of Rivers State, Nyesom Wike, change his opinion about his (Adesina) principal.

Wike had recently thanked President Buhari, describing him as indeed a President of every state of the Federation and all Nigerians.

Wike stated this in a letter he addressed to the President, thanking him for releasing the sum N78.9 billion belonging to the state.

The Buhari-led Federal Executive Council, FEC had approved the refund of over N78billion to Wike government being the money spent on the maintenance of federal roads in the State.

The approval for the refund was made at the third virtual Federal Executive Council meeting at the State House, presided over by President Muhammadu Buhari.

However, in a lengthy article, he entitled, “‘Wike Vindicates Buharists’, and published on his website on Friday, Adesina said that Wike may not have praised the President because of the money but because fairness and justice have touched him (Wike) in a positive way.

According to him, it could be that the Rivers Governor had been playing a curious kind of politics all along, but has realized himself.

He wondered why Wike, who had never accepted a presidential visit from the APC-led government would suddenly start seeking for one.

Again, he declared at another time, talking of the President: “We are the only state that the Federal Government refused to pay us our money used to execute Federal projects, because I don’t go to see him in the night, and I won’t go. He is not my friend, he is not doing well…”

He added, “When about 20 people were killed on New Year Day 2018, in Omoku area of the state, and the President wanted to visit, Wike demurred.

“The circle has turned fully round, and Governor Wike is inviting the President to visit. He says he’s ‘a President for every State of the Federation and all Nigerians.’ Wonderful!

“Some people say it is N78.9 billion that is working, and the governor is clearly inebriated by that windfall. But I don’t think so. Rivers is by no means a poor state.

“The amount is handsome, no doubt, but the state is oil-rich, and can hold her own when it comes to finances. I rather choose to believe that Governor Wike had been playing a curious kind of politics all along, and now, fairness and justice have touched him in a positive way.”