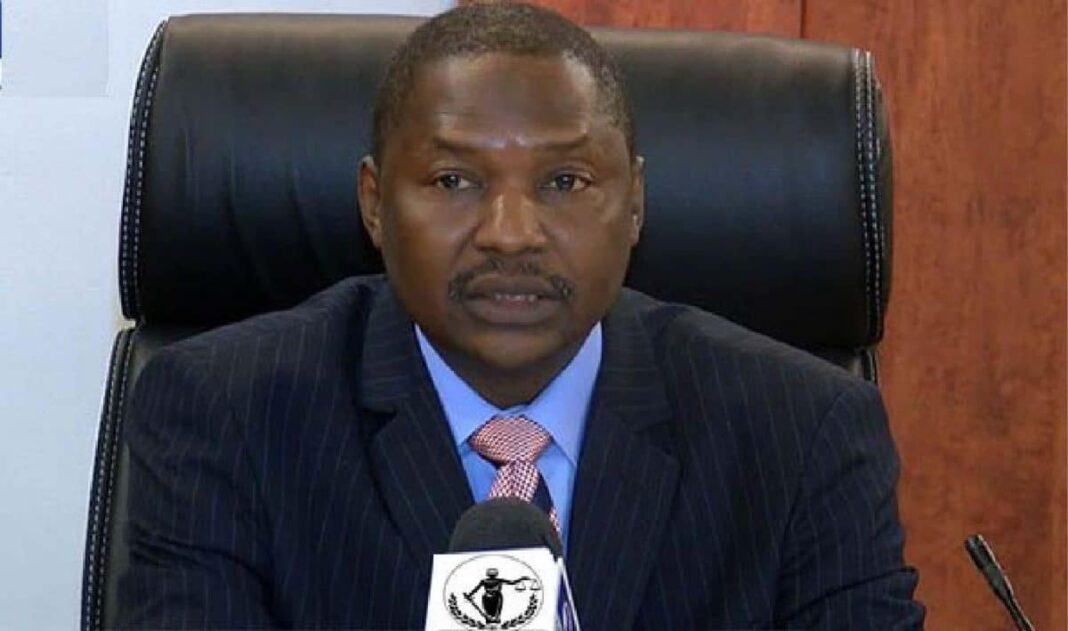 Nigeria news : Malami under fire for suggesting whistleblowers should recover lootThe African Centre for Media and Information Literacy (AFRICMIL) has restated its call for an honest implementation of the federal government’s whistleblower blower policy.

This was contained in a statement on Thursday by Chido Onumah, the Coordinator.

It criticised the recent comments by the Attorney General of the Federation and Minister of Justice, Abubakar Malami, that whistleblowers can only get commission from loot they expose after a series of processes.

AFRICMIL said Malami suggested that beyond providing information or exposing stolen public funds, whistleblowers would have to recover the funds and lodge them in stipulated accounts before they are rewarded.

“You do not expect a whistleblower to be so shabbily treated that the only conclusion an unbiased observer would reach is that there is a grand plot to deny him his due”, it noted.

The centre accused the AGF of misreading the whistleblowing policy document released by the federal government in December 2006.

It stressed that there is nowhere in the document that says whistleblowers have a responsibility to recover funds after providing information to the relevant authorities.

Section 12 of the whistleblowing policy FAQ document says: “A Whistleblower responsible for providing the Government with information that directly leads to the voluntary return of stolen or concealed public funds or assets may be entitled to anywhere between 2.5%-5.0% of the amount recovered.

Onumah pointed out that the document only says whistleblowers would get their reward following the supply of information that leads to the voluntary return of stolen or hidden funds or assets.

“It did not say whistleblowers must recover the funds or assets as the AGF is interpreting”, he stressed.

AFRICMIL said the duty of ensuring recovery is statutorily that of the security agencies working with the administrators of the whistleblowing policy.

The organization cited the Ikoyi apartment incident whereupon the exposure of funds concealed in the apartment, security agents moved in and recovered the looted funds.

The organization advised the AGF to retract the portion of his statement that has “distorted the facts in the whistleblowing policy document”.

It warned that failure to do so would be “a costly disincentive to the patriotic duty of whistleblowing”.

“No reasonable citizen will blow the whistle on stolen or hidden public funds if he is also the one to recover the funds and deposit in a bank”, AFRICMIL added.