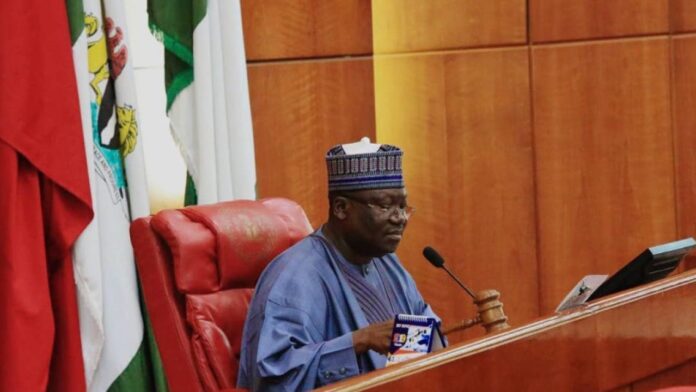 Lawan stated this while fielding questions from journalists in Abuja on the repeated violations of the rule of law by Major General Muhammadu Buhari regime.

The Senate President stressed that Nigerians should not suffer unduly for a crime they are not guilty of.

According to Lawan: “Rule of law is something that we all have to adhere to.

“Part of respect for the rule of law is to ensure that those suspected of criminal activities are taken to court, but they should also be freed if they are not found guilty.

“If someone is not guilty of an offence, such a person should not suffer any undue consequences.”

This is coming at a time the Major General Muhammadu Buhari regime was accused of disrespecting the rule of law in the trial of Omoyele Sowore, convener of RevolutionNow Movement.

Sowore has been in custody of the Department of State Service since he called for a revolution earlier in the year.