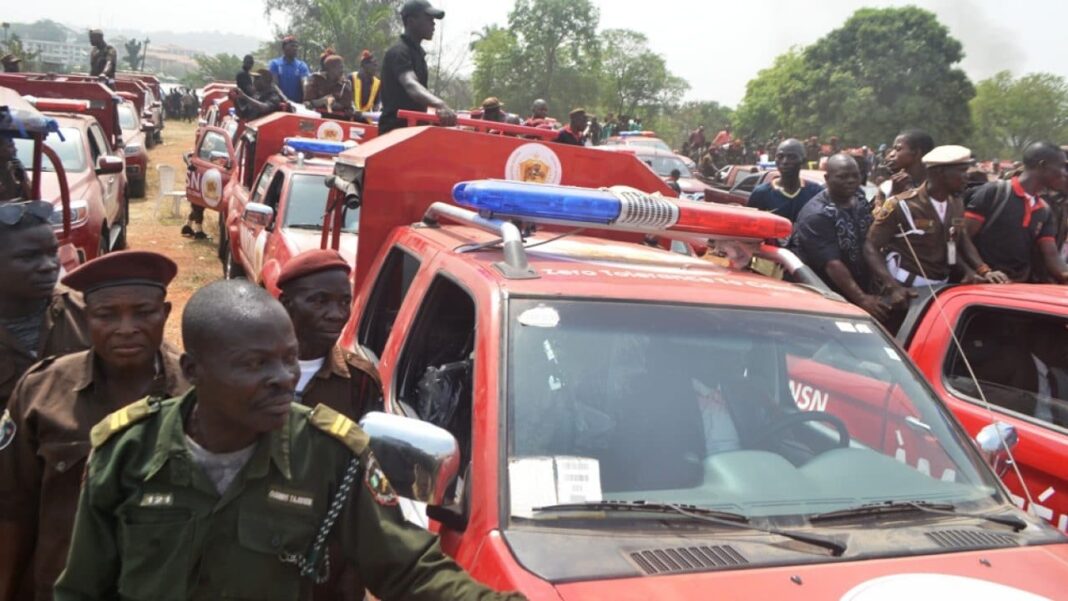 Falade said the step became sacrosanct in view of alleged incessant misconduct of conventional security agencies, leading to brutality and unwarranted incarceration and killings of Nigerians.

The bill establishing the outfit, now awaiting Governor Kayode Fayemi’s assent, was on Friday, passed into law by the Ekiti State House of Assembly.

Speaking in Ado Ekiti on Sunday, the NBA boss said he had made the suggestion for the inclusion of mandatory psychiatric examination at the assembly’s public hearing held on Thursday, as part of the prerequisites for qualification for Amotekun operatives.

He said section 19 of the Ekiti State Security Network Agency bill sent to the House spoke about qualification, but issue of mental stability was not put into account, which he said spurred him to raise observation about that.

“Under the interpretation of sections, arms should not mean firearms alone, it should also include axes, cutlasses even stick. That I think would have been taken to into account before passage.

” Also, I proposed that in addition to criteria for employment of officials, a mandatory psychiatric test should be added in the law as stated in Section 19 which dealt with recruitment.

“The passed bill before transmission to the executive with amendments should include this. The mental stability of whoever carries arms matter to Nigerians.

“We have seen cases of how Nigerians were being abused by security operatives. We have seen how those that were supposed to guarantee safety ended up killing innocent people over flimsy excuses.

“I appeal to the House to effect this while doing the amendment before transmitting to the executive.

“I observed that the composition of a board that will superintend over the Agency was contained in the passed bill. I believe the board will be given the powers to set their own rules and criteria for recruitment when they begin operation.

“The board must adopt this as part of the rules for recruitment even if it ends not being part of the amendments.

“This should be taken seriously in the recruitment exercise so that the operatives won’t turn out to be lawbreakers”, the NBA boss said.