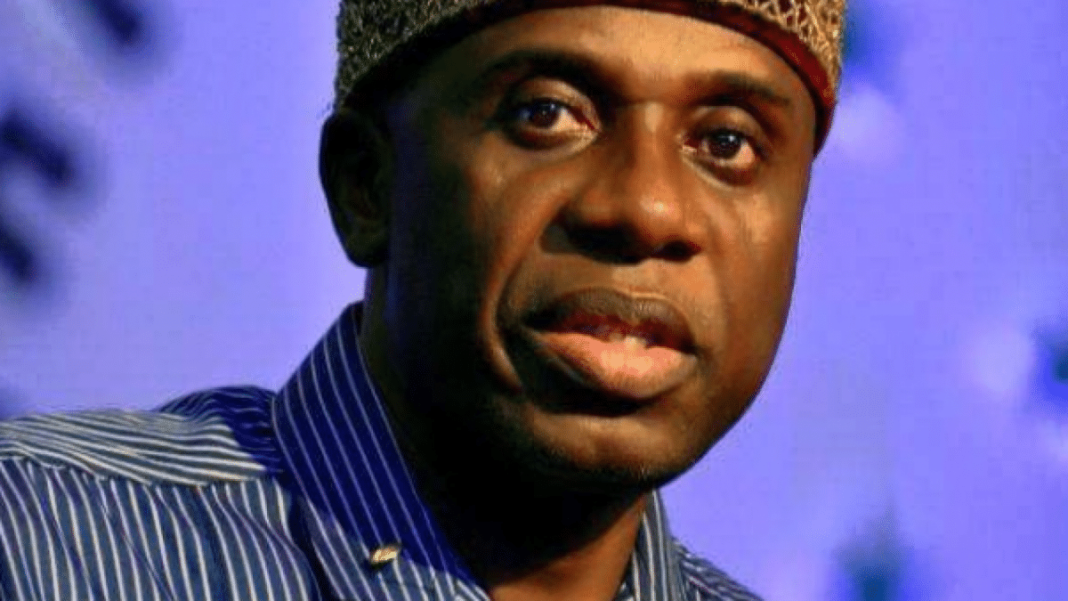 The Minister of Transportation, Rotimi Amaechi, has said he is not scared of working with Chinese workers following the outbreak of Coronavirus.

Amaechi speaking on Monday on Sunrise Daily, a program on Channels Television said he is not afraid of contracting the disease because those he works with have not traveled out of Nigeria since the outbreak.

The minister also noted that Coronavirus is not a killer disease like SARS; hence no need to panic.

“Didn’t you see me last week or two weeks ago with the chairman of CCECC on-site at the Lagos-Ibadan railway?

“No, for two reasons: I hear that the Coronavirus is not a killer virus. It is not as deadly as SARS, and everybody was running away. Again, I am not saying everybody should go and get Coronavirus.

“The main reason I am still working with them even though I am compelled to do so is the fact that those who are here now didn’t travel, so obviously, they couldn’t have contracted Coronavirus.

“Those who traveled and are back have been quarantined, and they will be there for 18-21 days.

Amaechi added that the Buhari-led government is putting measures in place to contain the disease if it spreads to Nigeria.

“It is going to be disastrous if such a thing gets here so the government is putting up measures.

“The fact that I talk with them, meet with them should reassure you. I do not want to die. I have children, and I have a wife,” he added.

Recently, China announced that the death toll from the coronavirus outbreak has reached 304 since it was first detected in the central city of Wuhan late December 2019.

The World Health Organisation (WHO) subsequently declared the disease a global emergency and warned countries to be alert.

According to the WHO, 7,843 people have been quarantined in China, while 68 cases have been reported around the world.

Meanwhile the federal government recently announced its readiness to contain the virus, in the event that it arrives Nigeria