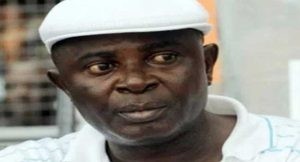 The Nigeria Football Federation (NFF) has expressed shock at the news of the death of former Nigerian International and Ex-Heartland Football Club coach, Kelechi Emeteole.

He died in the early hours of Wednesday in India where he had gone for surgery on throat cancer.

Emeteole won 17 caps for the senior national team and scored four goals, between 1975 and 1977.