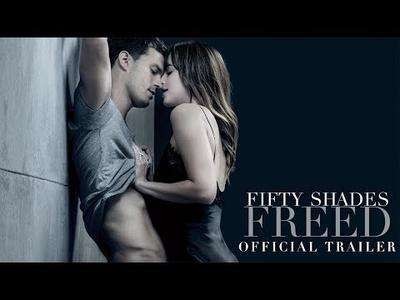 Universal has released the first trailer for “Fifty Shades Freed,” the third and final installment of the adaptation of E.L. James’ “Fifty Shades of Grey” trilogy.

A  sequel to “Fifty Shades of Grey” (2015) and “Fifty Shades Darker” (2017), the film stars Dakota Johnson and Jamie Dornan as Anastasia Steele and Christian Grey, respectively.

Following the events of “Fifty Shades Darker,” Christian and Ana are now married. However, Ana’s life is threatened when her former boss, Jack Hyde, swears revenge for being fired from SIP.

Christian Combs’ girlfriend, Breah Hicks is already referring to Diddy as her father-in-law