New Game of Thrones Season 7 Details Are Here: Get the Scoop on the First 3 Episodes 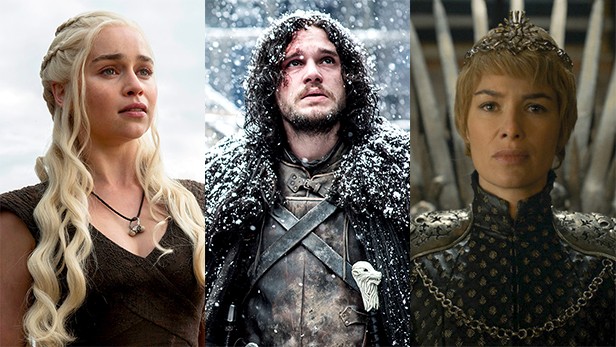 Game of Thrones is notorious for keeping details under lock and key, but the veil on season seven is about to be lifted. The new batch of episodes kick off on Sunday, July 16 and HBO has released episode descriptions for the first three installments. Warning, (the faintest of) spoilers follow.

Before we dive into it, here’s your season six refresher: Daenerys Targaryen (Emilia Clarke) finally set sail for Westeros with her band of soldiers, dragons and Tyrion Lannister (Peter Dinklage). Meanwhile, Jon Snow (Kit Harington) was named King in the North after he and Sansa Stark (Sophie Turner) beat Ramsay Bolton (Iwan Rheon) and took back Winterfell. Over in King’s Landing, Cersei Lannister (Lena Headey) got herself the Iron Throne and incinerated the High Sparrow, his followers and her rivals in the Sept of Baelor in the process. OK, ready for the goods?

The second episode, which is the episode No. 62 of the series, “Stormborn” hails from writer Bryan Cogman and writer Mark Mylod. “Daenerys (Emilia Clarke) receives an unexpected visitor. Jon (Kit Harington) faces a revolt. Tyrion (Peter Dinklage) plans the conquest of Westeros.”

See? The faintest of spoilers.

What do you think of the episode descriptions? Season seven debuts Sunday, July 16 at 9 p.m. on HBO.