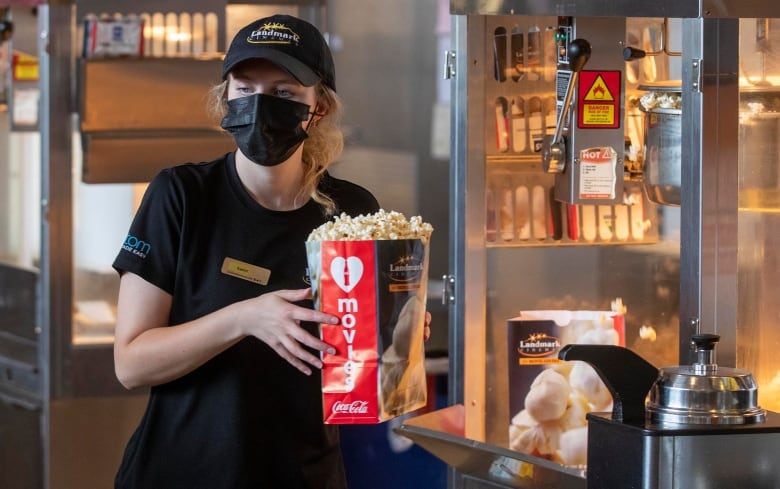 When Nathan Maharaj volunteered to be part of a human vaccine trial, he didn’t think he’d be shut out of Ontario restaurants, gyms and even weddings a few months later.

Maharaj has been fully vaccinated with the Quebec-based Medicago trial vaccine since April.

But he’s one Ontarian who, for various reasons, didn’t get vaccinated with COVID-19 vaccines approved by the World Health Organization — a requirement for people to obtain a passport granting access to non-essential services starting Sept. 22 in the province.

“My understanding is that I won’t [get a passport],” said Maharaj, who lives in Toronto. “It’s not clear what I can do about it…. I can’t go sign up for Pfizer or Moderna or what have you, but that would be an experiment of its own kind.

“It feels a little lonely out here.”

Meanwhile, John — a City of Ottawa employee whom CBC News agreed not to identify because he fears a backlash — is holding off on getting his second jab after what he describes as severe neurological complications following a Pfizer shot on April 28.

He said he suffered for months from inflammation of the spinal cord, severe brain fog, intense migraines, muscle twitches and chest pains, among other symptoms.

“It scares me that I don’t know what will happen if I have to get a second [mRNA] shot,” John said.

After he explained his situation to Ottawa Public Health, it recommended he get the second shot anyway. He said he wants the Novavax vaccine instead, which is not yet authorized in Canada.

John’s employer also gave him an ultimatum: be fully vaccinated by Nov. 1 or lose his job. John says his mental health is suffering, and he’s anxious about what bigger toll a vaccine passport society will take on him and his family’s well-being.

“I feel left behind. There is absolutely nothing out there, and my doctor won’t even discuss it with my anymore,” he said. “It’s like we’re brushed aside, people who’ve had side-effects from the vaccine.”

Unvaccinated won’t enjoy ‘being shut out’

There are millions of Canadians who haven’t been vaccinated against COVID-19 for a number of reasons, including medical issues, allergies and lack of access. But among the unvaccinated are those who are simply opposed to vaccines, known as “anti-vaxxers,” and those who say that mandatory vaccination violates their freedom.

Steve Joordens, a psychology professor at the University of Toronto’s Scarborough campus, said the unvaccinated — particularly those who are “part of the anti-vaxxer community” — may have seen their social networks “significantly pruned.”

They will also feel ostracized and that “the massive proportion of the population do not understand them,” he said. “It’s going to be a difficult place to be.”

As the vaccine passport system begins in many provinces, Joordens said, the unvaccinated will “crave” amenities and activities they once accessed freely and feel inconvenienced.

“They will not enjoy … being second-class citizens, being shut out,” he said. “My bet is … they will quietly get vaccinated.

“And for the rest of us, for our part, we have to be thankful for every one of them that makes that decision. We have to resist gloating.”

However, he said, those who aren’t vaccinated will have to view the vaccine passport system as an extended lockdown.

“Life isn’t fair to some extent…. The rules that you have to live by might have to change a little bit. So if some of these people have to live under lockdown rules a little longer than the rest of us, that sucks.”

Laura Scrimgeour, a behavioural scientist in Gatineau, Que., and co-founder of Strategic Bias, which consults for the government on environmental and health issues, says for someone who’s undecided about vaccination, it might be beneficial for them to do a cost-benefit analysis based on reliable sources and data.

“I hope they would come out on the side of the vaccine, but … it’s for each individual to decide what’s right for them,” she said.

The Public Health Agency of Canada released new modelling that suggested a fourth wave could again overwhelm hospitals and put Canadians at risk. The hyper-contagious delta variant leaves provinces with limited options: either raise the vaccination rate or increase restrictions. 2:38

“There are always going to be people who can’t comply. And to restrict the freedoms of those people is really problematic,” she said.

She says it shouldn’t be left to the unvaccinated to figure out how to manage and navigate the passport system.

“I think as a society we’re going to have to find our way through this,” she said. “I certainly wouldn’t put it all on the [unvaccinated]. That’s like asking people with disabilities to figure out all the accommodations that everyone else needs to make.”