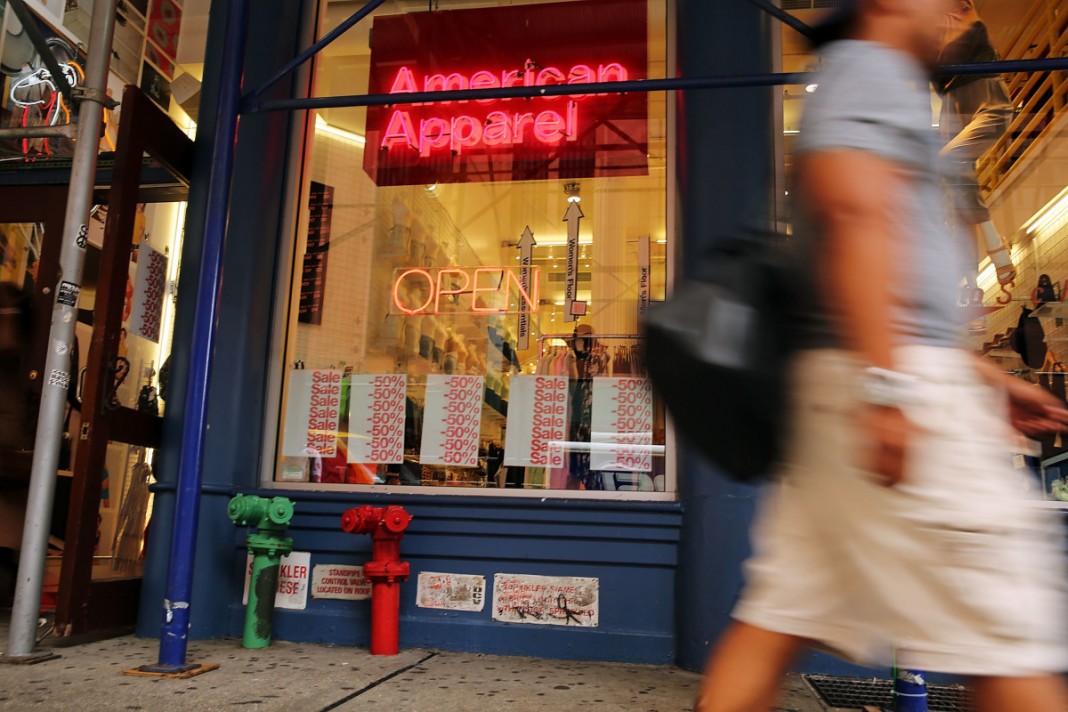 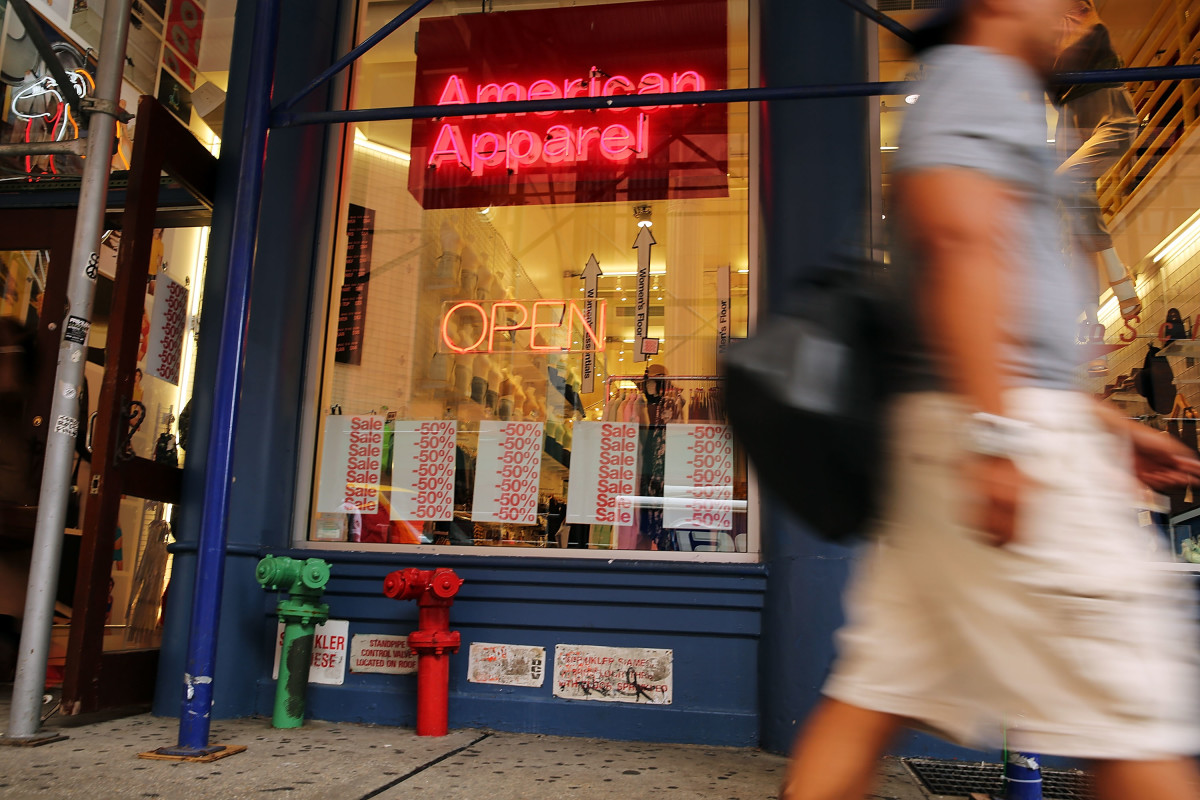 American Apparel prepares to relaunch website  American Apparel — our go-to shop for body-hugging theme-party basics — closed down all of its stores in January. But after Gildan Activewear bought the controversial brand earlier this year, the Canada-based company has rebuilt inventory and ramped up shipments to wholesalers in preparation to relaunch the e-commerce website. {Business of Fashion}

Kenan Thompson is getting into clothing design Kenan Thompson is taking his on-screen comedy to T-shirts, hoodies and hats with a new cartoon-emblazoned apparel and accessories collection. Last week, the longest-serving cast member of “Saturday Night Live” teased his first foray into fashion — a line he is calling “Smile Parade” — on Twitter. The collection offers a moderately priced — $49 for T-shirts, $99 for hoodies — range of goods. Thompson is donating a portion of the profits to My Stuff Bags Foundation, which provides children entering shelters or foster homes with toys, books and other necessities. {WWD}

Filson drops capsule and photo essay in support of the U.S. Forest Service
American heritage brand Filson is known to most as a Seattle-based apparel retailer specializing in rugged bags and flannels, but it also has a lesser-known shared history with the U.S. Forest Service: Filson provided the organization with their uniforms after its founding in 1905. Their relationship continues today with the release of a capsule apparel and accessories collection. Filson has also released a photo essay that, it says, will help humanize a faceless federal organization. {WWD}

On Raf Simon’s first-year performance at Calvin Klein Raf Simons took charge of Calvin Klein‘s entire creative output last August. With one year under his belt, how has the Belgian designer done? Well, he’s impressed critics with his debut collection; major department stores and powerful e-commerce players are placing big orders; he’s created some spectacular red carpet moments; and Calvin Klein is up five percent in revenue for the first quarter of 2017. It seems Simons has passed with flying colors. {Business of Fashion}

Mr Porter interviews Fear of God designer Jerry Lorenzo
Since launching in 2013, Fear of God has become the go-to luxury streetwear label for Jay Z, Justin Bieber, Zayn Malik and more. Its designer, Jerry Lorenzo, has garnered praise for his reworked proportions, emphasis on layering and open commitment to Christianity. To celebrate Fear of God’s arrival on their site, Mr Porter sat down with the designer to discuss his entrance into the luxury apparel space, his religion and the inspirations behind his unique aesthetic. {Mr Porter}.

Petra Collins shoots Samuel L. Jackson for The New York Times
The ethereal lens of famed photographer Petra Collins captures actor Samuel L. Jackson in dreamlike images for The New York Times. In the feature, Jackson, who stars in the upcoming film “The Hitman’s Bodyguard,” alongside Ryan Reynolds, speaks of his never-ending goal to strike the perfect work-life balance — a difficult feat for someone who is one of the highest-grossing box office stars in history. Paired with the words written by Jon Caramanica, Collins’ photos brilliantly reveal how brilliant of an actor Jackson truly is. {The New York Times}