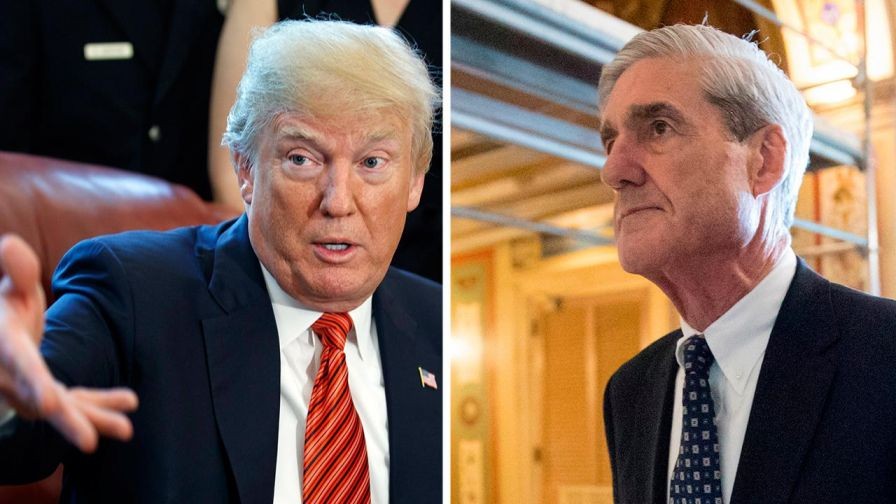 John Dowd told the AP that Mueller raised the possibility of a subpoena during a meeting with Trump’s legal team in March. According to accounts of the meeting first reported by The Washington Post and confirmed by Fox News, Dowd retorted: “This isn’t some game. You are screwing with the work of the president of the United States.”

Dowd resigned as Trump’s lead lawyer weeks later amid a dispute over how to answer Mueller’s request for a presidential interview.

The meeting appears to have been the first time Mueller raised the possibility of compelling Trump to testify as part of his investigation into allegations of collusion between the Trump campaign and Russian officials ahead of the 2016 election.

The Post report came one day after Fox News, The New York Times and other outlets obtained a list of questions that Trump’s legal team believes Mueller wishes to ask him. The Post reported that attorney Jay Sekulow compiled the list after Mueller’s team gave the president’s lawyers detailed information about what they wished to discuss. The queries also touch on Trump’s businesses and his discussions with his personal lawyer, Michael Cohen, about a possible Moscow real estate deal. Cohen’s business dealings are part of a separate FBI investigation.

One question asks what discussions Trump may have had regarding “any meeting with Mr. Putin,” referring to Russian President Vladimir Putin. Another question asks what the president may have known about a possible attempt by his son-in-law, Jared Kushner, to set up a back channel with Russia before Trump’s inauguration.

On Tuesday morning, Trump said it was “disgraceful” that the list of potential questions had been leaked to the media. In a brief phone conversation with Fox News, Dowd denied that he had leaked the list to the media and denied that he was the source of the initial Washington Post report on the Mueller meeting.