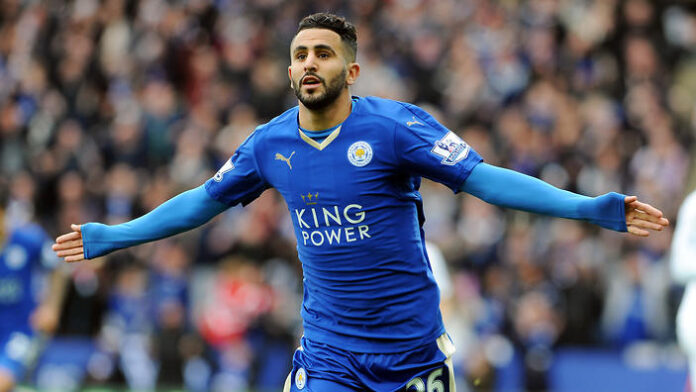 Leicester City footballer, Riyad Karim Mahrez has submitted a transfer request, saying he believes it is time to move on.

Mahrez, who won the 2015-16 PFA Player of the Year award, was linked with Arsenal last summer after helping Leicester to a stunning Premier League title triumph.

The Algeria international star instead became one of several big names to sign a new contract at the King Power Stadium as Leicester prepared to play in the Champions League.

But the Foxes struggled badly for form for much of the season despite reaching the Champions League quarterfinals and now Mahrez has said it is “time to move on to a new experience.”

In a statement published by Sky sports,  the 26-year-old wrote: “Out of the huge admiration and respect I hold for Leicester City Football Club, I wanted to be totally honest and transparent with them and have therefore informed the club that I feel now is the time for me to move on.

“I had a good discussion with the chairman last summer and we agreed at that time that I would stay for another year in order to help the club as best as I could following the transition of winning the title and in the Champions League.

“However, I am fiercely ambitious and feel that now is the time to move on to a new experience.”

Mahrez wrote that he had enjoyed “the four best seasons” of his career at Leicester and had “loved every moment.”

The statement added: “The relationship I share with the club and our amazing fans is something I will treasure forever, and I truly hope they will understand and respect my decision.”

His request to leave comes soon after caretaker manager Craig Shakespeare stressed that he would not ‘pander’ to Mahrez but wanted him to stay.