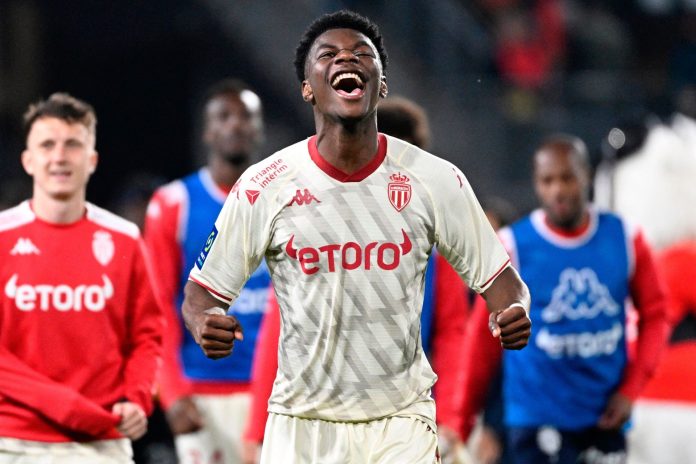 With the purchase of Aurélien Tchouameni, Real Madrid is building a midfield for the future to replace their historic midfield of Modric, Kroos and Casemiro. The Frenchman cost 100 million, but the Spanish side sees him as an investment because, although he is just 22 years old, he is shaping up to be one of the best midfielders in the world.

The current European champions are sure to be one of the contenders for all the championships, so Go Now to this site, where the best places to place a bet on Real Madrid or your favourite team are.

Toni Kroos, Luka Modrić and Casemiro have been in the Spanish side’s last 5 Champions League appearances and are already being regarded as one of the best midfield partnerships in history. Their understanding is brutal, and in Spain they have won everything.

The German arrived after the World Cup in Brazil and immediately showed the quality that made him a starter at Munich and a World Cup winner with Germany. 8 seasons with Madrid and has won 5 European Cups, 3 Spanish Leagues, 3 Spanish Super Cups, 2 European Super Cups, and 4 Club World Cups, one of the best Germans, if not the best, to have worn the white jersey.

Luka Modrić arrived in the Spanish capital in 2012, and the truth is that he was asked to leave several times, because he never convinced, and even the fans didn’t want him on the team. José Mourinho once said that we had to be patient with the Croatian, because he was going to show what he was capable of, and he did just that.

Casemiro arrived in 2013 to the team, but after a loan spell at Porto, it was in 2015 when he joined the first team. His physical strength and defensive talent perfectly complements the virtuosic Modric and Kroos.

The Brazilian has won with Los Blancos: 3 La Liga titles, 1 Copa del Rey, 3 Spanish Super Cups, 5 Champions League titles, 2 European Super Cups and 3 Club World Cups. One of the best South Americans to have played in Europe, without a doubt.

Florentino Pérez understands that these players do not have much time left at the best level, and although he has already renewed Modric and Kroos, their ages weigh, and they need replacements. Casemiro is 30, Luka 36 and Toni 32, a couple more years at the best level, but for such a competitive midfield you need young players, and what better than to have them now to learn from the best.

The future is already in Madrid

For several seasons now, the club’s sporting management has been making moves to prepare for a generational change at the club. They don’t want a period of drought. The idea is to always be competing and if they can have young players who can absorb what Modric, Kroos and Casemiro know, so much the better.

The first was the Uruguayan Federico Valverde, who arrived at the club in 2017, but after a loan spell he returned to Valdebebas in 2018. His process was of little by little, they knew the talent and versatility that he has, so the minutes were given to him in dribs and drabs.

But the South American did not despair and disciplined himself. Now he is one of the most important players at the club, and can already boast of having won the Champions League and a couple of Spanish Leagues.

This season, they surprised with the purchase of Eduardo Camavinga for 30 million euros. It came as a surprise because the Frenchman is 19 years old and is not yet established in football for the price paid for him.

When he arrived at the club, the bench was his place. Carlo Ancelotti knew that he had to be given minutes so that he could adapt and learn from the starters. What made an impact was his maturity. Every time he came on, the young Frenchman showed he could handle the pressure.

This was clear to us in the semi-final against Manchester City, where he was the one who started the goals with which Madrid came from behind and in the end eliminated Guardiola’s side. Camavinga’s legs did not tremble.

Now the new signing is Aurélien Tchouameni, and Florentino paid 100 million euros for him. The defensive midfielder is seen as Casemiro’s replacement, and they didn’t mind breaking the bank to have him in their ranks.

He will not be a starter immediately, nor is he expected to produce quick results. His process will be slow as he is only 22 years old, and they see him as part of the future.

Madrid are leaving no loose ends and have put together a young midfielder who promises a great deal for the future. Master stroke from the King of Europe?