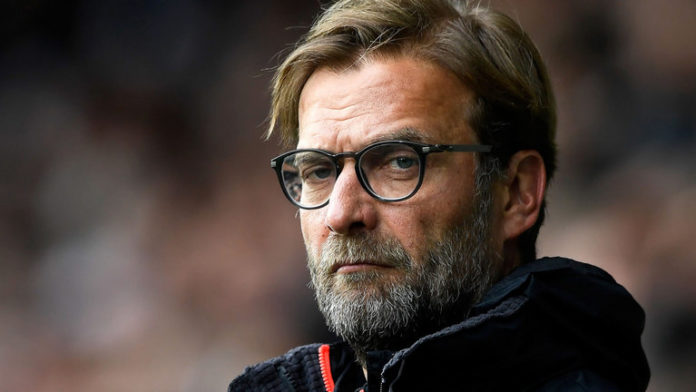 Liverpool have signed Virgil van Dijk for £75m – a world-record fee for a defender – and completed a deal for Falkirk youngster Tony Gallacher on Thursday for a fee of £200,000.

However, Klopp believes there will be no more incomings at Anfield before the window closes next Wednesday.

“It’s not really likely,” said Klopp, when asked whether they would sign any more players before the end of the window.

In terms of outgoings, West Brom boss Alan Pardew hinted earlier in the month that he was interested Danny Ings and Sky Sports Newsunderstands that as well as the Baggies, West Ham, Stoke and Newcastle are keen to bring the forward in on loan.

Klopp was coy on the former Burnley man’s future when asked, but said strength in depth remains his priority heading into the second half of the season.

“I don’t think a lot of things will happen in the next few days, but if [it does] I’ll call you immediately, of course,” added Klopp.

“I can’t forget our needs – we have a lot of games to come. What I don’t like about the January transfer window, is that very often it feels like the season is over and we didn’t use players in the first half of the season so why do you need them in the second part? We have to plan a full year and that’s what we did.

“Maybe if Danny could go somewhere where he could start the next 20 games, would it be perfect for him? I’m not sure. Of course, it wouldn’t be bad to have the opportunity to start a few more games.”

How to Manage Slump Months When Your Income Fluctuates
Premier League Merseyside misery as Liverpool and Everton lose heavily Defensive frailty has long been a problem for Liverpool and they found themselves 2-0 down inside 12 minutes as Spurs…
Liverpool did all they could to keep Philippe Coutinho, says Jurgen Klopp
Phil Neville deletes Twitter account
Jurgen Klopp Might Not Be Signing Any New Players
Kim Kardashian and Kanye West Enjoy Date Night Before Baby No. 3’s Arrival
Mourinho says he has no idea when Pogba will be fit
Jurgen Klopp Apologises After Altercation With Fan In Liverpools Defeat
BBC’s African Player Of The Year Victor Moses, Mane, Salah among nominees
Herdsmen crisis: NYSC suspends orientation course in Benue and Taraba state
Everton sacks manager Ronald Koeman following poor start to Premier League season
Slaven Bilic: West Ham sack manager with team in the relegation zone
David Moyes West Ham appoint former Everton boss as new manager
‘House of Cards’ writers racing against the clock to rewrite show
Victor Moses Chelsea wing-back player ruled out for 4 weeks with hamstring injury After a scan, Chelsea initial diagnosis put the recovery time of the wing-back at a minimum of four weeks.
Geoffrey Kondogbia of interest as Tottenham scout for eventual Mousa Dembele replacement
Kenedy In Newcastle On Loan From Chelsea
“Game of Thrones” Watch every death on GOT in fan-made compilation Every 174,373 death scene on “Game of Thrones” has been compiled by a fan of the show.
What we know about the history of Davido’s ‘military’ crew member, Kayode, who beat up officials at the Lagos airport