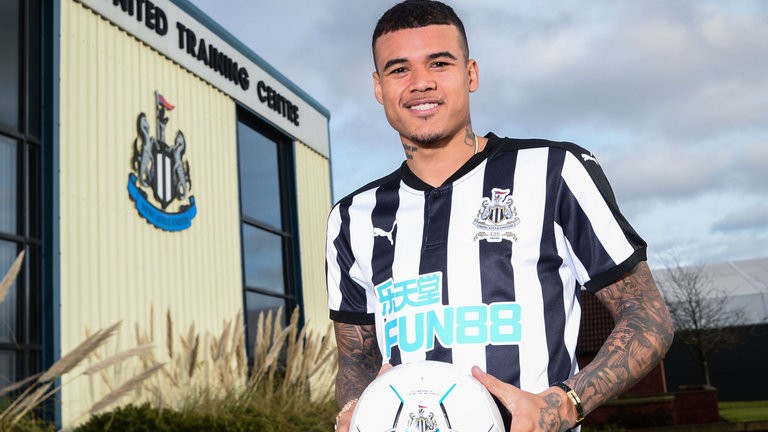 Kenedy has joined Newcastle on loan from Chelsea until the end of the season.

The Brazilian completed a medical at the club on Tuesday and becomes the Magpies’ first signing of the January transfer window.

The 21-year-old, who can play at both left-back and on the wing, had been a target for Newcastle boss Rafael Benitez since the summer when the two clubs had also held talks about a loan move.

Benitez has been open about his desire to strengthen his squad this month but has been uncertain of his transfer budget due to talks over a potential sale of the club, which have ended for the time being.

Kenedy has struggled to break into Chelsea’s first-team since moving from Fluminese in the summer of 2015 and has featured just once in the league under head coach Antonio Conte.

“I’m so happy with this opportunity at Newcastle,” Kenedy told Newcastle’s officials website.

“They’ve opened the door to me to come here, show my potential and come and play for Newcastle.

“It’s a traditional club and Rafa Benitez is a fantastic, amazing coach.

“Christian Atsu, as well – we trained together at Chelsea and know each other, and he said good things about the club. So it was easy to take this decision.”

Benitez added: “Kenedy is a player that we have been following since the summer. The reason we are interested is that he can play in several positions – as a winger, a wing-back and also as an offensive left full-back, so he gives the team many options.

“He has a great left foot and good energy. He is still a young player but he has some experience already in the Premier League and that will help with his adaptation.”