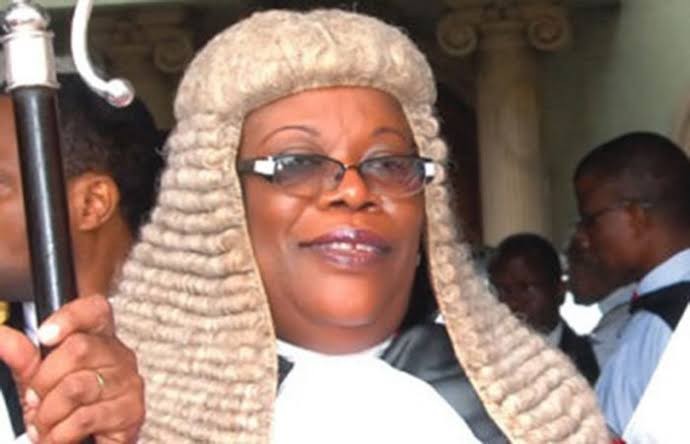 The Lagos State Judiciary on Tuesday described as irresponsible a report making the rounds that a judge in the state’s high court, Justice Ganiyu Safari, cornered a sum of N47m belonging to the judiciary.

The said report circulating online claimed that Justice Safari diverted the money while he was still the Chief Registrar of the Lagos State High Court from where he was appointed as a judge.

The report claimed that the Chief Judge of the state, Justice Olufunmilayo Atilade, queried Justice Safari over the issue, after she was written by the Chief Justice of Nigeria, Justice Walter Onnoghen, demanding explanation into the allegedly stolen N47m.

But in a statement issued on Tuesday by its Assistant Director of Public Affairs, Mrs. Grace Alo, the Lagos State Judiciary described the report as irresponsible, saying it was a calculated attempt to tarnish the image of the judge.

Contrary to the online report, Alo said the CJN never forwarded any petition to the Lagos CJ to investigate Justice Safari.

She stressed that there was no investigation by the Lagos CJ, showing that any money was diverted from the account of the Chief Registrar into Justice Safari’s private account.

She also described as false and unfounded the claim in the report that Justice Atildade had covered up the case to give Justice Safari a soft landing by asking him to refund the money.

The statement read in part, “It is irresponsible journalism to report that security fees deposited into the Chief registrar’s account are usually unpaid, as such monies are paid after verification of payment into the designated account.

“Any complaints or grievances in respect of any unpaid money ought to be directed to the Hon. Chief Judge for investigation.

“It is also false that security fees are only paid into the Zenith Bank, Oba Akran, Ikeja branch.”

Alo said as the last hope of the common man “the Lagos State Judiciary remains committed and focused in discharging its statutory duties without fear or favour.”