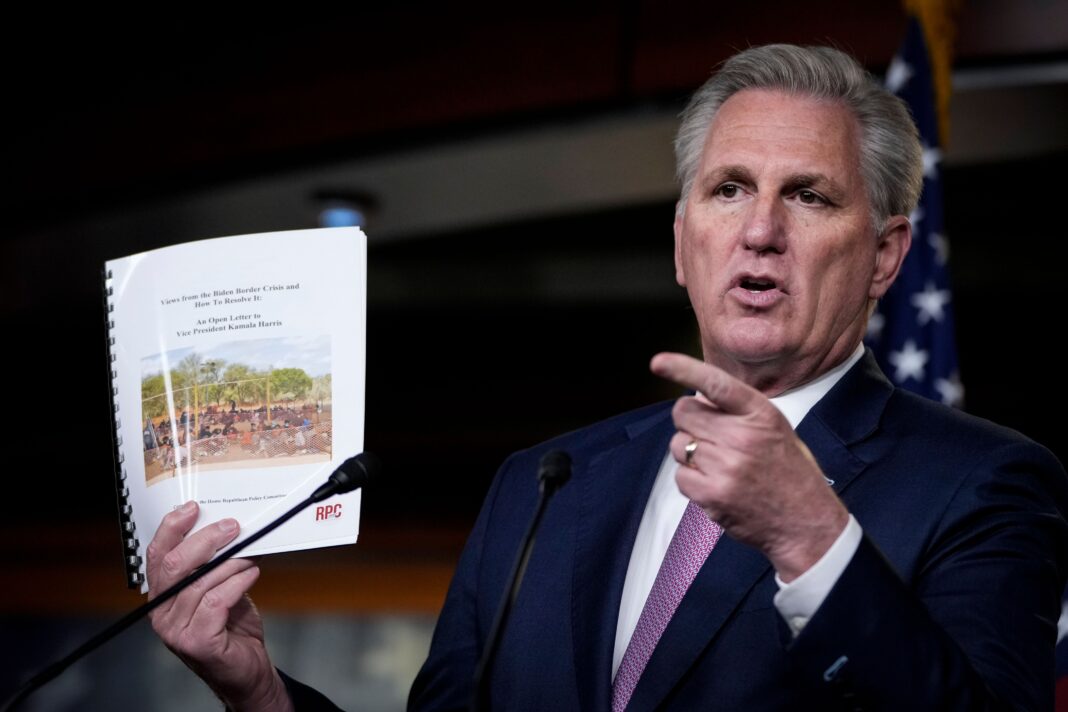 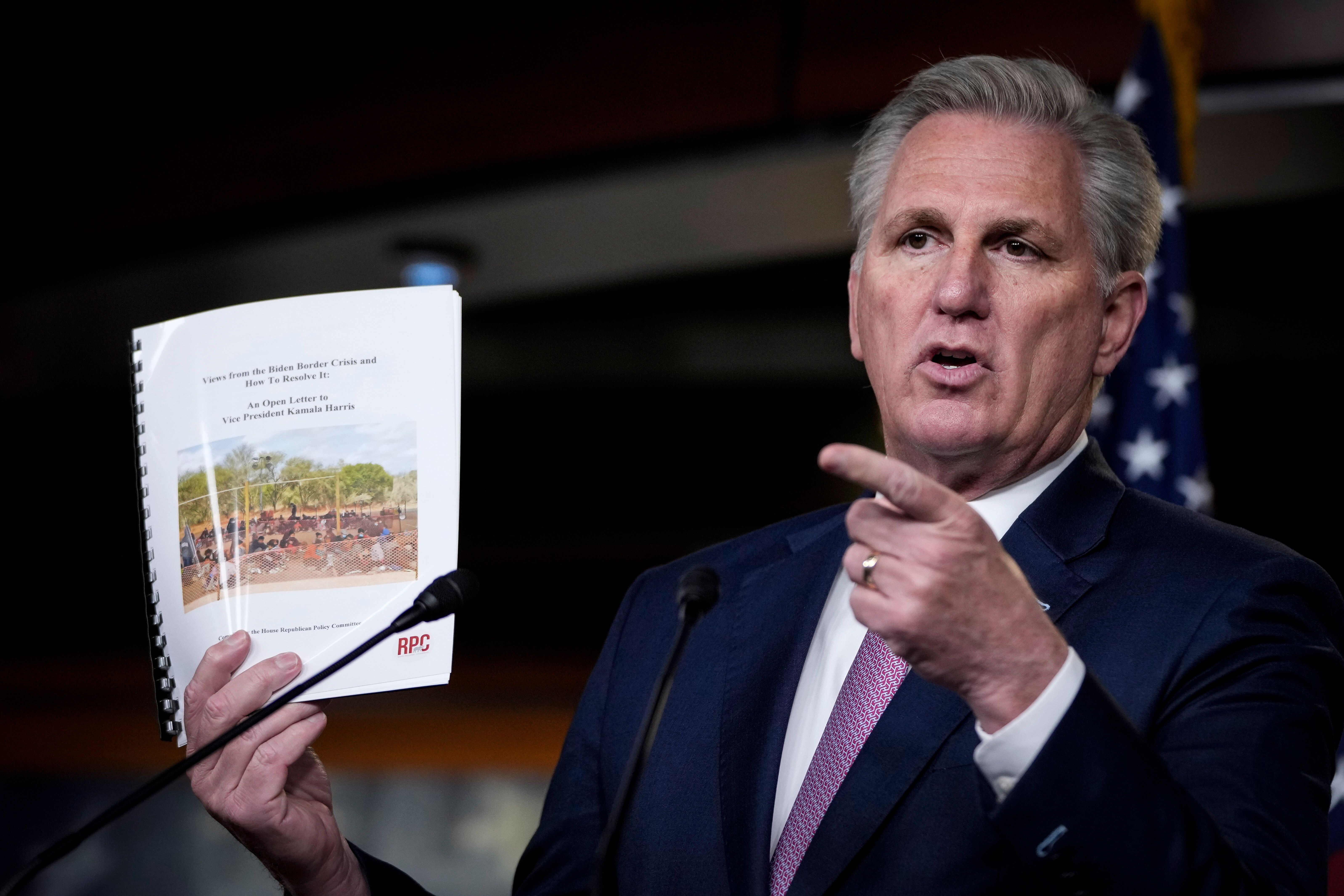 This whole thing could have just been an email.

Later on Fox News, McCarthy repeated the now-debunked falsehood that Biden’s climate plan seeks to limit the amount of red meat that Americans can eat.

“It just continues. He wants control of your life,” McCarthy told the prime-time personality, Sean Hannity. “He’s going to control how much meat you can eat. Can you imagine that?”

Critics called out McCarthy for his tweet and the tossing of literal red meat to the GOP base:

Shhhhh. The grown ups are talking.

I hate that this is what Republicans consider “clever”.

Then why did you go, Kev?

It wasn’t really your crowd. Nobody in the room had to break in to get there.

“Why aren’t there more conservative comedians?”

Spoken like a guy who wants to keep American divided…

Wow good one Kev you really got him

Your career could just be an emoji. A sad one

If they are going to lie, can they at least get back to taco trucks on every corner. That one at least sounded fun.