Inside Donald Trump’s statement about his hospitalization 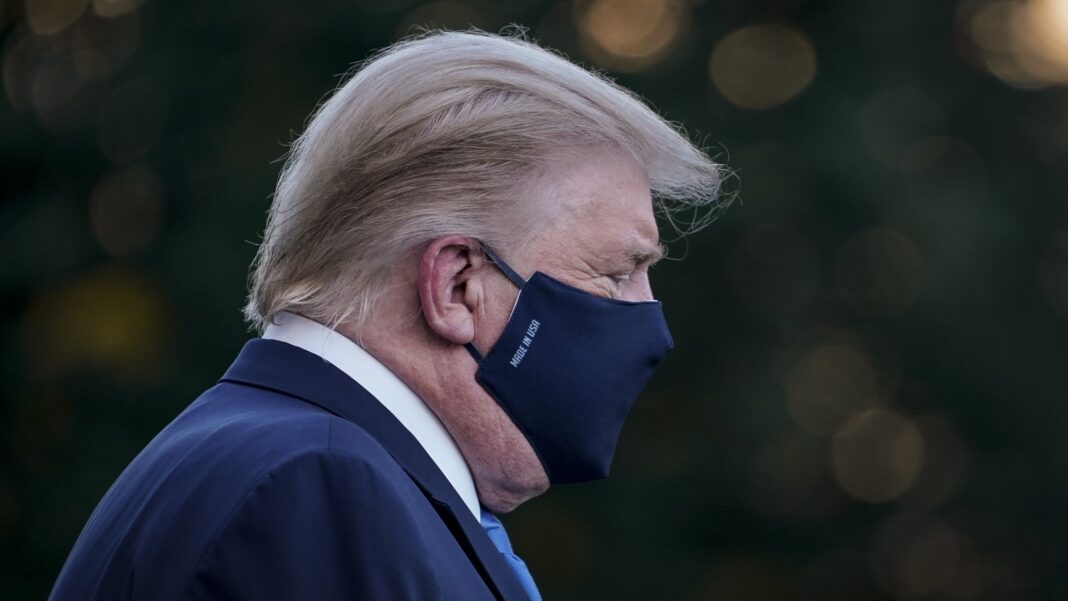 President Donald Trump’s noticeable absence from Twitter worried some of his supporters, so when he finally tweeted a message on the evening of Oct. 2, 2020, many checked in with what he had to say.  “I want to thank everybody for the tremendous support,” Trump began his message. “I think I’m doing very well but we’re going to make sure that things work out.” He added, “The first lady is doing very well. So thank you very much. I appreciate it. I will never forget it.”

Trump’s statement aligns with White House Press Secretary Kayleigh McEnany’s statement that the president went to Walter Reed out of “an abundance of caution.” Of course, only the New York native’s doctors know he’s truly doing.

Either way, Trump has a lot of support from his family during this time. “You are a warrior and will beat this,” Ivanka Trump tweeted. “I love you, dad.” And Donald Trump Jr. penned on Instagram, “He’s a fighter and he will be fine but never hurts to have a little extra prayer. Thanks for all the well wishes guys.” Eric Trump also added his thoughts, writing,”@realdonaldtrump is a true warrior. He will fight through this with the same strength and conviction that he uses to fight for America every day. I ask you to join me in praying for his recovery. I have never been more proud of someone and what they have had to endure.”