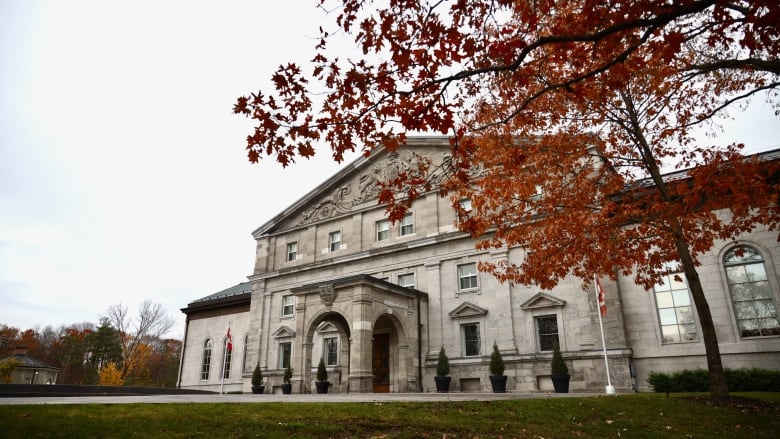 Governor general-designate Mary Simon plans to move into Rideau Hall, unlike her predecessor Julie Payette — the first governor general since Confederation to live outside of the official residence.

On Tuesday, Simon became the first Indigenous person ever appointed to the office. Her appointment was announced close to six months after Payette resigned in disgrace following an outside investigation that found she presided over a toxic workplace.

“Ms. Simon has been to the residence a few times this week,” Rideau Hall’s director of communications Natalie Babin Dufresne told CBC News.

“She’s very honoured to be moving in. The plans will be forthcoming but they are in the works.”

During Payette’s tenure, she was criticized for refusing to live in the 5,000 square-foot quarters reserved for her. The federal government spent more than $250,000 on measures meant to satisfy Payette’s desire for more privacy in the official residence, but she never moved in. The living quarters have been empty for roughly four years.

Rideau Hall is the official residence and workplace of the Governor General. Payette did conduct business out of her office there throughout her mandate.

Nathan Tidridge, vice-president of the Institute for the Study of the Crown in Canada at Massey College, says it’s “wonderful news” that Simon is moving in.

“It’s critical the Governor General be living in the residence at Rideau Hall,” said Tidridge. “It’s an important point for the healing required in Rideau Hall itself and the staff that’s there.”

Simon is inheriting a fractured workplace in a period of transition. Some staff members went on sick leave or left the office altogether to avoid a tense workplace environment under Payette. Some have since returned to Rideau Hall.

“The staff are like extended family, so having the Governor General there as resident re-focuses it as that type of a space,” said Tidridge.

“So it’s more than just an office. It’s a home. This really anchors that point.”

The National Capital Commission has spent just over $40,000 on routine maintenance jobs to prepare Rideau Hall for the new tenant: updating countertops in the private quarters, repairing the heating and cooling system and replacing chandelier hoists.

Payette chose to live outside of Rideau Hall in a 8,500 square-foot guest house — which meant Global Affairs could no longer use the house for visiting heads of state and foreign dignitaries. During the pandemic, Payette lived at her own private cottage in Quebec. That meant RCMP had to travel to the area and stay in hotels at additional cost, CBC News has reported.

The government spent almost $140,000 on studying and designing a private staircase for Payette that was never built, and more than $117,500 on a gate and series of doors to keep people away from her office.

CBC News has learned that $250,000 has been spent to satisfy Gov. Gen. Julie Payette’s need for privacy at Rideau Hall, where she still doesn’t live three years into her mandate. 2:04

Rideau Hall said last summer it was still addressing accessibility, privacy and security issues with the building — some of which came up in the wake of the July 2, 2020 security breach on the grounds.

Back in March, a judge sentenced Corey Hurren — who stormed the gates of Rideau Hall last summer with loaded firearms and multiple rounds of ammunition — to six years in prison, minus a year served.

The RCMP said it’s conducting a training exercise on the grounds of Rideau Hall today “to validate national standard operating procedures, to identify and correct any potential problems that could arise during an actual incident, and to ensure operational readiness for any eventuality.”

An installation ceremony for Simon is expected in the coming weeks.