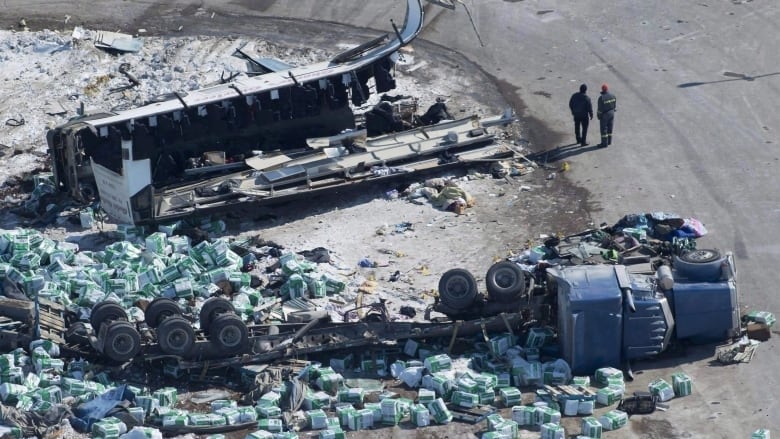 Kaleb Dahlgren says he still has no memory of the crash that changed his life.

Dahlgren played right wing for the Humboldt Broncos in 2018 and was on the team bus on April 6, 2018, when it collided with a tractor trailer while heading to Nipawin, Sask., for a playoff game.

Sixteen people died that day at that highway intersection. Dahlgren was one of 13 who survived. He suffered a fractured skull, a puncture wound in his head, a brain injury and six broken vertebrae in his neck and back.

“I think I might actually remember what happened one day. Lots of doctors have said that there is a possibility for sure, and I still have no real recollection of it yet,” he said in an interview.

“I hope I do eventually. I’m OK with understanding what happened and all that. And if it doesn’t … that’s OK, too. I think whatever happens, happens, and there’s nothing I can change about it.”

Dahlgren is 23 now, living with his parents in Saskatoon and studying commerce online at York University in Toronto.

Now, in addition to his studies, he has co-written a memoir.

Crossroads is the story of Dahlgren’s life in hockey.

“I first got on the ice when I was two and took my first actual team skate when I was four,” he said.

“I just loved it. I loved going on the ice and hearing the little ripples in the ice, the skates when you stop, the sound it made, and even the wind going through my hair.”

Dahlgren met with CBC at the SaskTel Centre, a 13,000 seat hockey arena in the city’s north end. After the interview, he laced up his CCMs and dumped a bag of pucks on the glossy ice.

It quickly became apparent that talking about skating with Dahlgren is not the same as standing at centre ice while he comes from behind the net at speed.

The book weaves together Dahlgren’s journey through the hockey system — he played for at least 30 teams over the years before joining the Broncos — with the challenges of managing Type 1 diabetes.

The memoir also follows his life after the crash, from the months of rehabilitation, grief and uncertainty, to his decision to study at York. He’ll graduate this year and plans to continue his studies and become a chiropractor.

He also had the chance at York to practise with the Lions, the university hockey team. He didn’t participate in full contact drills, instead concentrating on his edge work, working with the goalies or even just passing the puck from the corner.

“I really try to do my part and still be a great guy off the ice, too.”

The memoir is also a tribute to the people who died that day. It’s full of anecdotes about playing for a junior hockey team in a small town and features a chapter where he offers his memories of each of the victims.

Dahlgren said one of the reasons for writing the book was to “set down the Bronco side of me.”

“So if anyone has any questions, they could read the book and then [I could] move forward and continue on living my life to the fullest, but still honour them and remember them every day.”

He met with co-author Dan Robson four to five hours a week over a six-month span to coax out the details of his story and complete the manuscript. Robson, a writer with Sportsnet, has written autobiographies of hockey names like Pat Quinn and Johnny Bower and co-authored books with players like Doug Gilmore.

WATCH: Kaleb Dahlgren talks about leadership on and off the ice 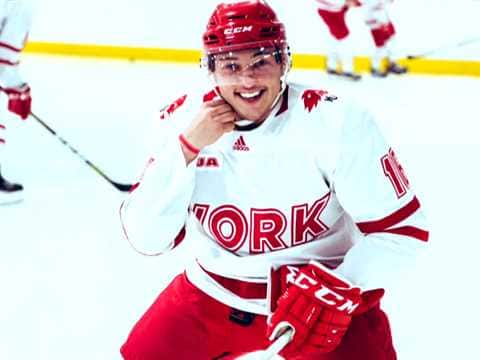 Kaleb Dahlgren talks about leadership both on and off the ice 1:54

A portion of proceeds from the sale of the book will go to STARS Air Ambulance. STARS helicopters ferried some of those injured in the crash that day to hospitals around the province.

“They save lives every day, and I think there’s nothing more special than having a second chance at life,” Dahlgren said.

Crossroads is set to be released on March 16.