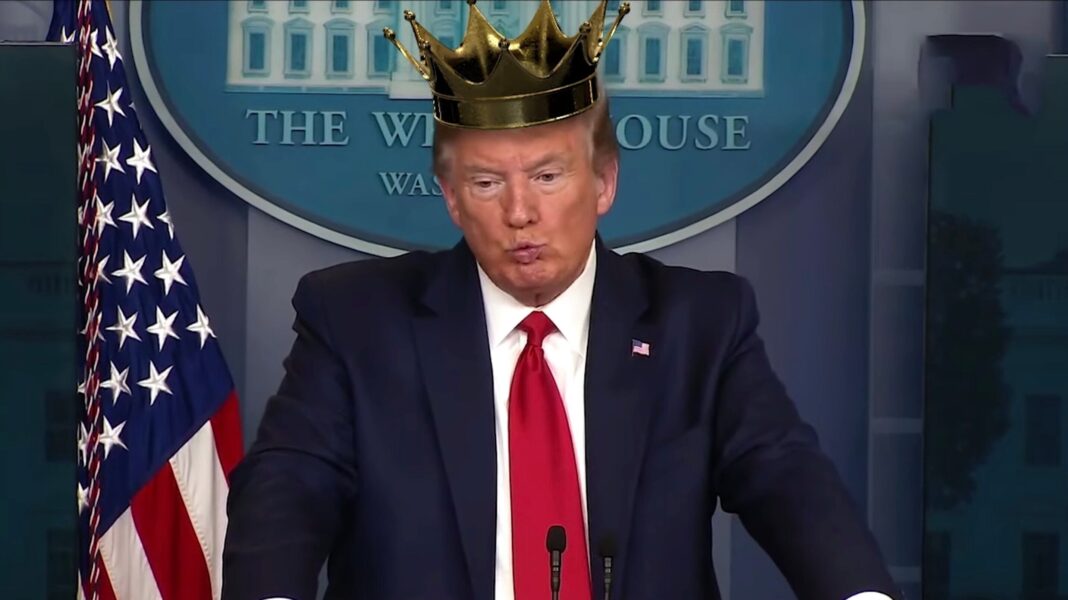 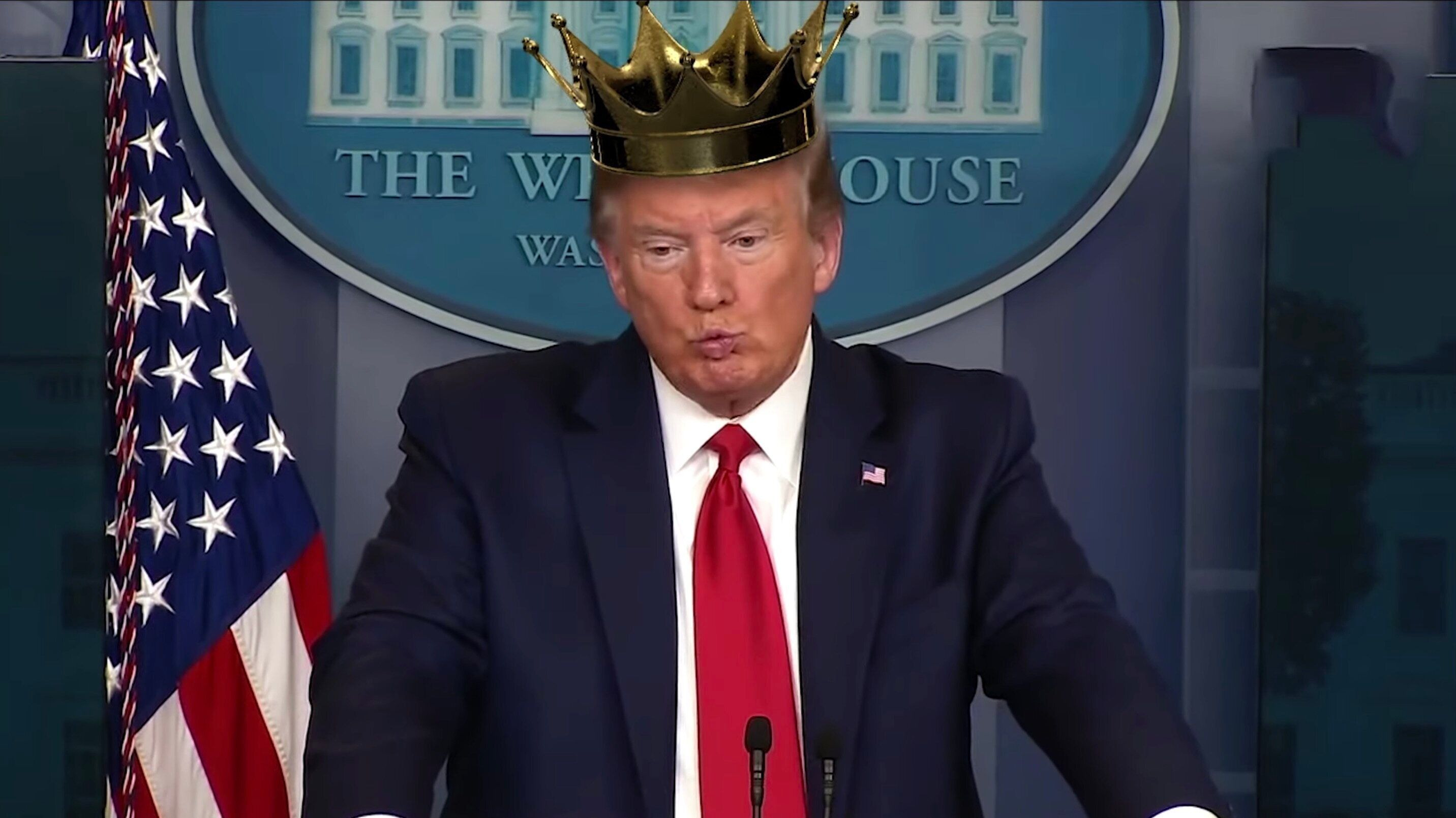 GOP Group Dethrones ‘King’ Trump Over Coronavirus Power Grab In Fox News Ad on tv, A conservative group is calling out President Donald Trump’s claim of “total” authority over America’s governors amid the coronavirus pandemic in a new ad to run on Fox News later this week.

On Monday, Trump said his “authority is total” and insisted he could force states to reopen their shattered economies.

“When somebody’s the president of the United States, the authority is total. And that is the way it’s gonna be,” Trump said. “It’s in total. And the governors know that.”

The new video from Republicans for the Rule of Law, along with the nonpartisan group Protect Democracy launched by ex-Obama administration attorneys, said Trump thinks he’s a king, not a president:

Trump’s claim of “total” authority was met with immediate pushback from Republican and Democratic governors alike. Trump softened his stance ― sort of ― the following day, when he announced he was “authorizing” governors to determine when to reopen states.

Republicans for the Rule of Law communications chief Carson Putnam said in a news release that Trump had claimed new authorities for himself while denying all responsibility for his administration’s flawed response to the crisis.

“His job is to be a leader,” Putnam said. “Not a king, not a commentator, not a rabble-rouser, but a responsible leader in a time of crisis.”

Protect Democracy policy advocate Justin Vail said Trump was acting like an authoritarian by using the crisis to claim new powers for himself.

“The president’s authority is not total,” Vail said in the news release. “There is no debate here.”

The ad will run Friday morning in Washington, D.C., on “Fox & Friends,” known to be one of the president’s favorite shows.

Experts are still learning about the novel coronavirus. The information in this story is what was known or available as of press time, but it’s possible guidance around COVID-19 could change as scientists discover more about the virus. Please check the Centers for Disease Control and Prevention for the most updated recommendations.