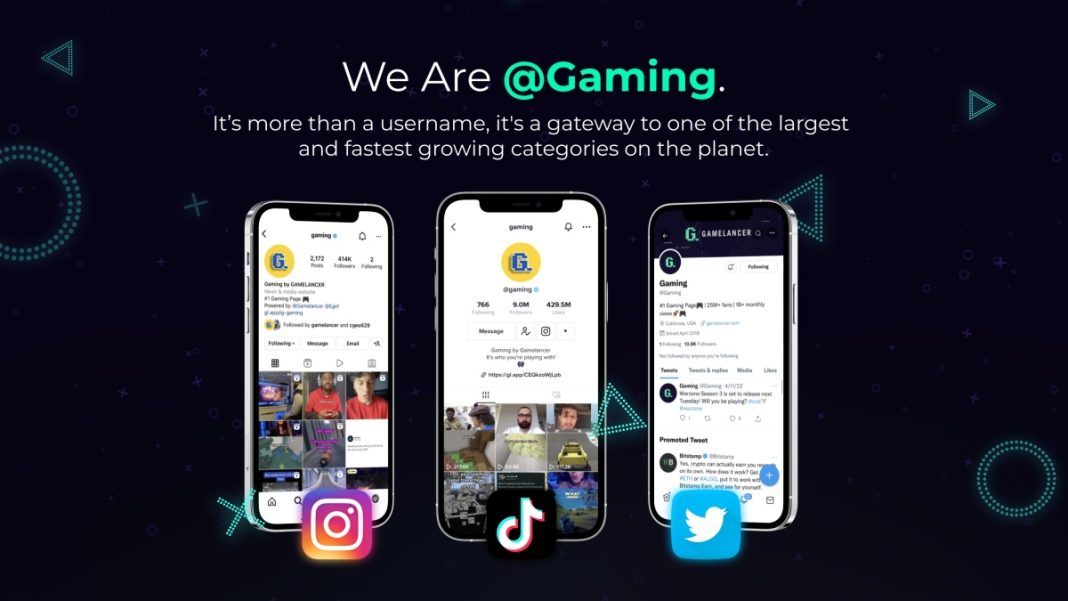 In huge news for the gaming and streaming industries, Gamelancer announced that it has gone public under a new symbol: GMNG. Gamelancer is the largest network for video game content on social media, and now it’s on the ticker for the Canadian Securities Exchange.

The symbol change comes after Gamelancer was acquired by the previously publicly-traded company, Wonder Gaming. Now operating together under the umbrella of Gamelancer Gaming Corp, this company represents a growing entertainment goliath.

If you haven’t heard of Gamelancer before, we’re sure you’ll be familiar with them before long.

Get a quote on GMNG here, and enter into the future of the stock market.

Even if you haven’t heard of Gamelancer before today, there’s a good chance you’ve watched their content.

Gamelancer owns the largest network of social media accounts covering all things gaming. Their content generates over one billion views every month, and they have a grand total of nearly twenty-eight million followers across 23 owned-and-operated channels — a number that is increasing at a faster rate than any other video game editorial channel.

A Community for Gamers, by Gamers

On TikTok, Instagram, and Twitter, Gamelancer owns the coveted handle @gaming — and their stats on TikTok are staggering. Let’s break it down.

When you’re seeing follower counts like that across the board, one thing becomes clear: Gamelancer didn’t just get lucky and scoop up the right handle at the right time.

On every channel and every platform, they’re delivering stand-out content that attracts video game lovers of all kinds. Streaming clips, memes, and game hacks: You name it, they’ve got it.

If you think that’s impressive, wait until you hear what the brand has built on Snapchat — another reason Gamelancer is Gen-Z’s favorite gaming network.

With six daily shows on Snapchat Discover and two million total followers, Gamelancer is the fastest growing video game community on the platform. Because there’s no one way to be a gamer, Gamelancer’s shows are ultra-targeted to different niches and audiences.

Their show for women gamers called EGirl has soared in popularity, becoming the number one gaming show on Snapchat. They also have shows targeted toward fans of specific games, like Minecraft Fever and GTA Gamers.

All in all, if you’re a fan of gaming and you’re on Snapchat, then you’re watching Gamelancer content.

From Online Clout to Offline Success

What’s most impressive about Gamelancer’s approach to content and social media is how quickly the brand has leveraged their social media audience into revenue and brought tangible value to its partners.

For Gamelancer, these platforms represent a powerful wealth of data and insights. Gamers are a diverse audience that for too long has been grouped under one umbrella. With so many channels and such large followings, Gamelancer is quickly changing the face of video game marketing and content.

On that front, Gamelancer’s CEO Jonathan Dwyer explained what makes this network of social media channels so valuable while discussing the launch of GMNG on the CSE:

“With the acquisition of Gamelancer, we own the network. We’re like CBS, we’re like NBC. So when we decide to work with brands like Samsung … and they come to us [sic] and say ‘Hey, we’ve got a brand new gaming monitor, the Samsung Odyssey. We want to run a campaign to get x million amount of views, x amount of click-throughs, and we want to host it across TikTok, Instagram, and Snapchat.’ Gamelancer can deliver that for them.

Not only are we the only entity @gaming that can provide that aggregation of a meaningful audience on those platforms, we own the channels. So we don’t have these externalities and these costs associated with production like hiring influencers because it’s happening in our network.”

Dwyer goes on to challenge anyone to find a network that’s growing as fast as Gamelancer and offering total control of its content.

Spoiler alert: There aren’t any.

Gamelancer’s social media channels are nothing to scoff at, but they’re not all the brand has to offer.

In addition to their bar-none content offering, Gamelancer is utilizing their deep understanding of a new generation of gamers to create a communications and community platform that makes connecting and playing together easier than ever.

Consumer tastes and values change over time, including how we play and interact. Gamelancer is building with that in mind, offering community experiences, voice chat, and a rumoured gaming portal for a new era of Web2 and Web3 games.

It’s not all digital either. Gamelancer is rumoured to be working on their own direct-to-consumer offering which will be built around a universal gaming controller. The still-yet-to-be-released controller will work with iOS, Android, and PC platforms, giving users massive utility for all their desktop and mobile needs.

also read: Everything Khloe and Her Family Have Said About Tristan on ‘The Kardashians’

Finally, just this month Gamelancer has launched their gaming news and editorial page, available at Gamelancer.com. They aim to bring a fresh and spirited voice that touches on both major industry news as well as the more light-hearted stories which capture what it is to be a gamer today.

There’s a real spirit of passion behind Gamelancer. They’re not just another brand doing a cash grab now that esports and video games have become so popular. They’re a community of gamers who care about the industry and feel strongly about adding value to the gaming community.

This is all part of the reason why it’s so exciting to see Gamelancer play on this new stage. It cements the company’s position in the industry and also represents a level-up for video game and streaming content.

With a fanbase as passionate and connected as the global gaming community, Gamelancer’s ever-growing network of social media followers, and their many fruitful campaigns with some of the biggest names in media, GMNG is uniquely positioned to make a splash on the open market.

Gamelancer Gaming Corp. also has a partnership with CAA’s NHL Department, aligning traditional sports and esports in new and exciting ways. There’s truly never been a more exciting time to be working in entertainment.

So, what are you waiting for? Learn more about Gamelancer on their website today!

On what’s to come for Gamelancer, CEO Jonathan Dwyer said, “You’re going to see some great numbers coming out of us this year and some big acquisitions on the horizon.”

This is one company that totally prioritizes building for the future.

“The gaming industry is one that is constantly looking for innovation, and what we’re seeing right now is that the real winners are emerging in a data-first world. It’s understanding who your audience is, who your constituency of viewers is, and consistently providing them with a product that they want to see. This is not a world where people are consuming media in a passive way.”

That might feel a little counterintuitive to some who have spent hours scrolling on their phones, but consider what Dwyer says next:

“When people are gaming or they’re on social media looking at social media content, you are engaged. If you’re looking at it in environments, and this is really important, if you’re on YouTube, for instance, you’re being just bombarded with programmatic advertising. Banner ads, pop-up ads, you’re having your video paused consistently for other advertising that may not be germane to your likes and what you’re out there purchasing.

But on Instagram, Snapchat, and TikTok, you’re not seeing programmatic advertising, you’re getting an uninterrupted viewing experience, and so that’s where you’re finding a lot of the gamers going.”

By meeting gamers where they are and catering to their many interests, Gamelancer has set itself apart as one of the most exciting publicly traded companies out there.

Owning Gaming Across the Internet

We’re expecting some big things from Gamelancer Gaming Corp. for the rest of 2022 and in the years to come. Between their vast network of content platforms, their access to influencers, streamers, and athletes, and their investment in technology that improves the world of gaming, Gamelancer is quickly becoming a company to watch.

You can get a quote on GMNG here and learn more on their website here. 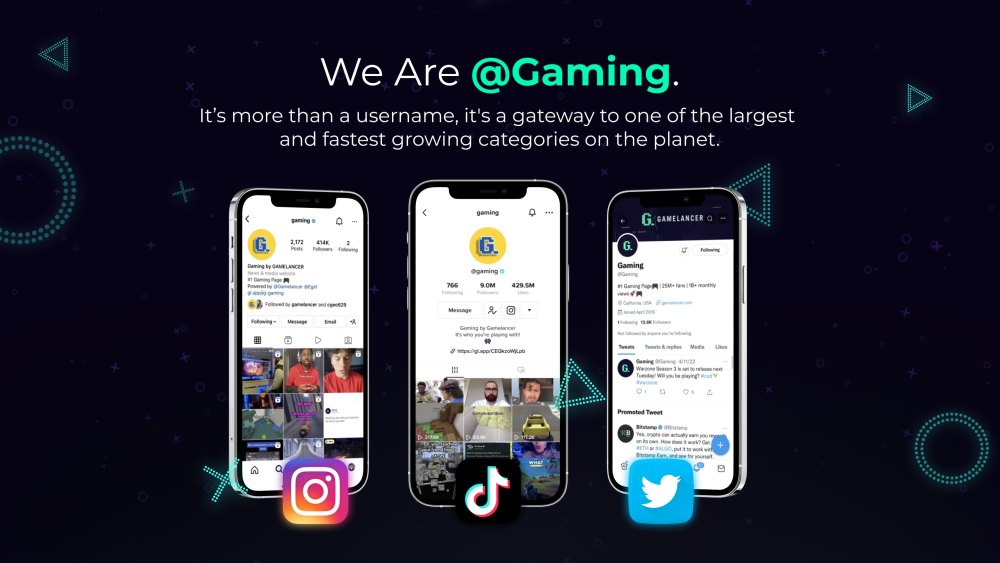 What Makes Baccarat So Popular?