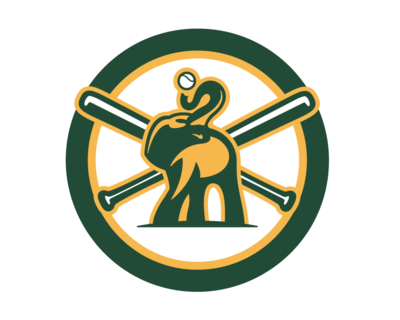 The skies were clear but the mood was Gray entering tonight’s game. News broke before first pitch that Sonny’s next start would be pushed back until after the trade deadline, with Jharel Cotton getting the call to take his usual spot in the rotation. The names “Yankees” and “Not Torres” or “Not Frazier” have been thrown around an awful lot. But the team we all root for and love is remaining intact for at least one more evening, and boy did they play an awful lot like the team we all root for and love, riiiiiight up until the very end. By the end, all focus was on Rajai Davis and his sensational night.

Right off the bat, in the bottom of the first Rajai smacked an 0-2 changeup into the left-center field gap for a leadoff double. After Marcus Semien worked the count full but ultimately lined out to center, Ryon Healy ripped a double of his own into left field that allowed Rajai to effectively walk home and give the A’s an early 1-0 lead.

Chris Smith has been nothing but consistent since making his debut as a starting pitcher in the bigs, making three consecutive quality starts, but today the first cracks in his armor began to appear. After a clean first inning, Smith fell behind the first two batters he faced in the second and allowed a single and a walk, and then a bunt single loaded the bases. Speedy center fielder Zack Granite lined a single to center field on the first pitch he saw to score two Twins and staked the Twins to a 2-1 lead.

Those were the only runs scored in the inning, though it could have been much worse, thanks to a perplexing safe call made by the umpires on a no-outs bases loaded 5-2-3 double play attempt by the A’s. Brian Dozier hit a slow chopping ground ball to third, and Matt Chapman quickly got the ball to the catcher Lavarnway for the first out at home, but Lavarnway was forced to make an awkward throw to first base due to Dozier running on the infield grass up the first base line. The ball arrived before Dozier, but the way Alonso was forced to receive Lavarnway’s throw made it appear that his foot left the bag and Dozier was called safe. Replay confirmed that Dozier ran out of the baseline on the infield grass, and also confirmed the throw arrived first and Alonso’s toe was on the bag, yet umpire Phil Cuzzi called Dozier safe regardless. This call was particularly egregious, but both teams could point to multiple examples of bad umpiring throughout the game. Luckily, Chris Smith bore down and got two impressive swinging strikeouts of Max Kepler and Miguel Sano to end the inning and the threat.

In response to losing the lead, the A’s loaded the bases in the second inning and placed runners on first and second in the fourth, but in both innings the rally really began with two outs, and in both innings Marcus Semien grounded out harmlessly to end the inning with no runs scored.

Smith ran into trouble once more in the fifth inning. Like he had in the second, Smith began to fall behind Minnesota’s hitters to begin the inning and in the blink of an eye had allowed a leadoff single and then a low-line-drive home run that just barely cleared the fence in the right field corner off of the bat of Miguel Sano. The two run home run ensured that the fifth inning would be Chris Smith’s last, ending his streak of quality starts to begin his career as a starter. His final line on the night was five innings pitched, seven hits, four runs, three walks, and four strikeouts. While it wasn’t his best night on the mound, he certainly didn’t bury the A’s chances.

Down 4-1, the A’s got themselves a wee bit closer in the bottom half of the fifth inning. Ryon Healy continued to swing a hot bat with a hustle double to right field to begin the inning, but two quick outs following the double raised fears that the A’s would squander yet another run scoring opportunity. Fortunately, Alonso managed to come through in the clutch by fighting off a tough pitch and strong arming a single into left field that was hit softly enough to allow Healy to score without the threat of a throw and brought the A’s within two runs.

After bullpens traded zeroes in the sixth and seventh innings, the A’s got closer still in the eighth inning. Jed Lowrie walked to start the inning, but Alonso erased him on a double play to bring Matt Chapman to the plate with none on and two outs. The sensational rookie has already started to make an impact with his bat in addition to his glove, and after getting ahead in the count he blasted an offspeed pitch that caught the middle of the plate well into the left field bleachers, bringing Oakland within one run, 4-3.

A clean ninth inning from Daniel Coulombe meant that the A’s bullpen had a rare flawless game, pitching four inning and allowing no runs, meaning the A’s still had a fighting chance entering the bottom of the ninth. Facing lefty Taylor Rogers, Adam Rosales worked a walk on a borderline ball four call to start the inning as a pinch hitter, setting the stage for Rajai Davis. In addition to starting off the A’s first rally in the first, Rajai had racked up two more hits on the day as well, but had unfortunately been stranded throughout the middle innings. Looking to capitalize on a near-perfect day at the plate, Rajai didn’t wait around long.

After a bad week, in anticipation of team-changing trades, Davis served as a needed example of the fun side of baseball. The A’s play again tomorrow at 1:05, aiming for a series win.