First-day preorders for the iPhone X sold out at Apple.com in minutes (AAPL) 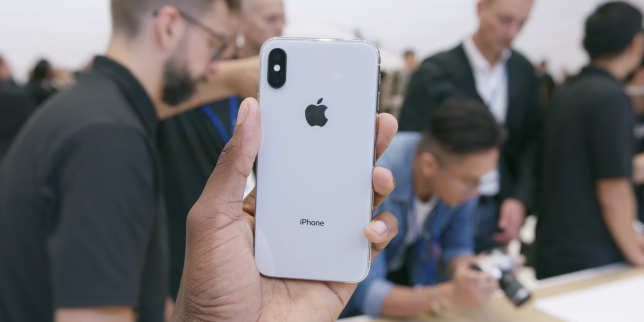 The iPhone X starts at $999, comes in two colors, and each color comes in two models with different amounts of storage.

Apple’s most advanced iPhone saw its shipping times slip to weeks in the minutes after it first went up for pre-order on Friday morning.

The iPhone X starts at $999, comes in two colors, and each color comes in two models with different amounts of storage.

And less than an hour after launch, models for all four carriers in the United States on Apple’s online store were showing delivery times weeks after the first day the device hits stores, next Friday, November 3.

In some cases, Apple’s website now says the iPhone X would be delivered in “2-3 weeks.” Other people got confirmation messages that said their iPhone X wouldn’t ship for four to five weeks, or in December.

Some people on social media reported issues with the official Apple Store app, which had been called the fastest way to pre-order by Apple retail officials.

The iPhone X will be in short supply through the end of 2017, according to reports from Apple’s factories in Asia. The reason for the shortage is that several of Apple’s components, like the 3D True Depth camera, are delicate and difficult to manufacture.

One analyst predicted that only 2-3 million iPhone X units would be shipped by launch time.

The iPhone X is desired by Apple fans for several reasons:

If you weren’t lucky enough to nab a pre-order, your best bet is to line up at an Apple store or another authorized retailer on Friday. Just get there early.

Share
Facebook
Twitter
WhatsApp
Pinterest
Linkedin
ReddIt
Email
Print
Tumblr
Telegram
Mix
VK
Digg
LINE
Viber
Naver
Previous articleFinancial Tips Money lessons from 5 male celebrities Asides their rich lifestyle, some of these male celebrities have very frugal money tips they use in their every day lives. And we can take two or more lessons from them.
Next articleThe most exclusive private members’ clubs in 9 major European cities, ranked by price