Fake Outfit: ‘We Don’t Respond To People On Exile’ – Timaya Fires Back At Hushpuppi (Watch Video)

Fake Outfit: ‘We Don’t Respond To People On Exile’ – Timaya Fires Back At Hushpuppi (Video)

The fake fashion drama is still on and getting hotter as Nigerian singer, Timaya keeps getting backlash for his controversial video that went viral sometime last week.

Remember Timaya recently ruffled feathers on social media after he took a jab at his colleagues in the entertainment industry. It started when a fashion blogger released a list of most dressed Nigerian celebrities, afterwards, the singer posted a video in which he pointed out that he does not want to be compared to other Nigerian celebrities.  According to him, most of them do not put on original clothing items.

Timaya’s post had gotten a lot of people talking and among those who could not help but react is popular flamboyant big boy, Ray Hushpuppi.

In a post shared on social media, the Dubai-based big boy noted that he does not like hypocrites. He said he had approached similar topic years ago and he was attacked by the same individuals that are now criticizing people that wear fake.

Hushpuppi urged celebs to continue putting on whatever they are comfortable with, adding that maturity has now set in and such things do not matter anymore. 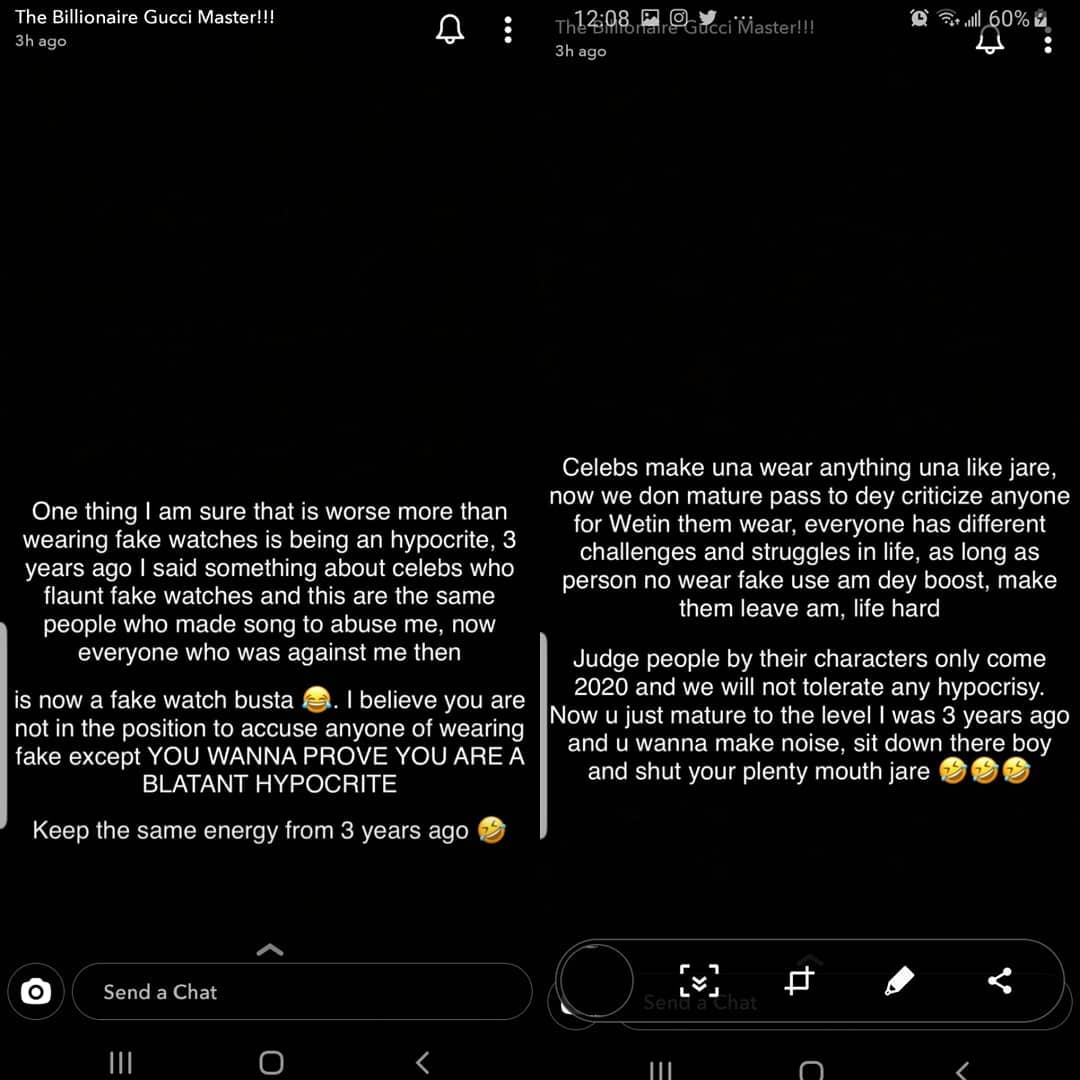 Realizing that the post may have been directed at him, Timaya posted another video in which he noted that the individual talking to him does not deserve any response, because he is on exile in another country. He said he should come to Nigerian if he wants a response.

The drama continued as Hushpuppi also made a new video in which he lashed out at the music star.