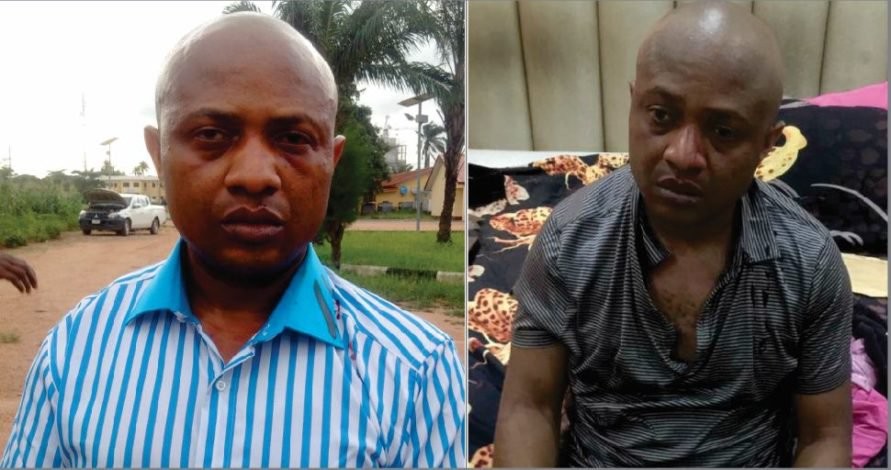 The police have said that useful statements made by a younger sister of the notorious kidnap kingpin, Chukwudi Onuamadike aka Evans, led to his arrest.

The sister was said to have been arrested after her number was identified as one of the contacts in Evans’ special SIM card.

PUNCH Metro learnt that Evans’ childhood friend and four girlfriends were also picked up by the police and they all gave relevant information.

This is just as operatives disclosed that Evans used three phones – two of which reportedly cost N2.4m and N2.6m respectively – with anti-tracking features to frustrate his arrest.

Our correspondent learnt that he contacted families of his victims through the phones to demand ransoms, bearing in mind that the families could report to the police for tracking.

Evans, who also deals in drugs, was arrested on Saturday in one of his two mansions on Magodo Estate, Lagos, after seven years of high-profile abductions across the country, during which he collected millions of dollars in ransoms.

He was paraded the following day amid jubilation at the Lagos Sate Police Command’s headquarters in Ikeja.

He was said to have bought three houses in Accra, Ghana and wristwatches worth thousands of dollars from the proceeds of the crimes. The suspect, who dropped out of school at Junior Secondary School 2, had confessed to have once collected $1m ransom.

Six of his gang members are Nwosu Chukwuma, aka Sudo, 42; Suoyo Paul aka Nwana, 42; Felix Chinemerem, 36; Chukwuemeka Bosah, 28; Uchechukwu Amadi and Ogechi Amadi. Uchechukwu and Ogechi are husband and wife.

A police officer told PUNCH Metro on Thursday that apart from the weapons, three phones – a Turaya, and two different Vertu phones – containing anti-tracking features were recovered from the 36-year-old native of the Nnewi North Local Government Area, Anambra State.

The officer said, “He has 11 phones. Two of them are special Virtu phones, which are very difficult to track. He also has a Turaya, which is a satellite phone. It can be used anywhere, including in the bush, on the sea, and desert, where there are no GSM service. In Nigeria, we don’t have the capability to track Turaya.

“He said he bought the Virtu phones N4.6m. He used the three phones for his nefarious activities. We succeeded in tracking him through the other phones he has.”

A detective stated that a number of SIM cards used by Evans complicated the challenges posed by the sophisticated phones, adding that he bought the SIM cards registered from miscreants in Computer Village, Ikeja.

He said, “We studied and analysed 126 SIM cards before we caught him. We have about two-page analysis of each of the numbers. He used 125 of those numbers to call his gang members only and used one to call his mother, wife and sister. He said he bought all the SIM cards already registered in Computer Village for N1,500 each.

“We picked his sister, his childhood friend with whom he attended primary school, and four of his girlfriends. They gave us the information that led to his arrest. Evans confirmed that they didn’t know he was into kidnapping. Because of that, we granted them bail, while investigations continue.”

Another source confided in PUNCH Metro that aside from a camp in New Igando, where Evans kept his victims, operatives had uncovered two other camps, which would soon be visited.

The Force Public Relations Officer, Jimoh Moshood,  said the suspect would soon be arraigned in court.