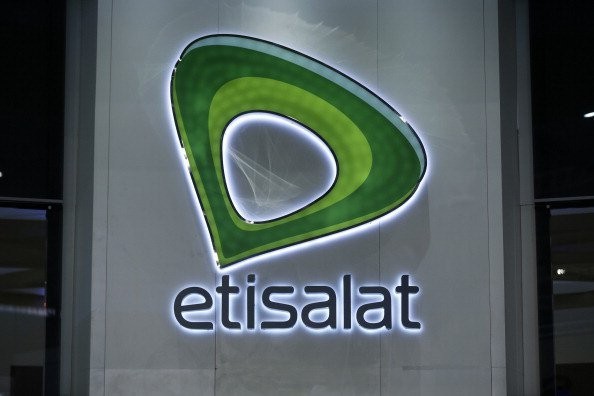 The controversies surrounding Etisalat Nigeria’s indebtedness to a consortium of 13 banks deepened on Thursday with the telecoms firm insisting that it had repaid about 42 per cent of the $1.2bn loan, while some of the banks involved in the transaction maintained that it had “only paid $58.9m.”

Sources privy to the series of meetings between Etisalat and the banks, said that the $58.9m was just 10 per cent of the total sum owed the consortium by the telecommunications company.

However, Etisalat Nigeria said in a statement by its Vice President, Regulatory and Corporate Affairs, Ibrahim Dikko, “Contrary to the widely reported misrepresentations about Etisalat Nigeria’s debt obligation to the consortium of 13 banks, it has become pertinent to set the records straight. Prior to this time, Etisalat had in fact consistently and conscientiously met up with its payment obligations.

“As of today, we can categorically state that the outstanding loan sum to the consortium stands at $227m and N113bn, a total of about $574m if the naira portion is converted to US dollars. This, in essence, means almost half of the original loan of $1.2bn has been repaid. Etisalat continued to service the loan up until February 2017, when discussions with the banks regarding the repayment restructuring commenced.”

One of the bank officials said, “Etisalat has over $600m debt due to creditors, distributors and vendors like Huawei Technologies and IHS.

“Rather than map out a plan to pay the 90 per cent that is remaining of its debt to the consortium of banks, it asked the banks to stand still and write it off as a bad debt after it paid $58.9m.”

However, Dikko told one of our correspondents that the firm had paid about $574m, which was known to the Central Bank of Nigeria and the regulator of the telecoms industry, the Nigerian Communications Commission, adding, “That’s the figure we have in our books and which we reported to the regulators.”

However, the bank officials dismissed reports that the lenders had taken over the running of Etisalat operations.

One of the sources explained, “That can’t be true, because there is no legal takeover, neither has there been any operational takeover.

“For you to legally take over a company, you have to go through the courts and the Corporate Affairs Commission; and for you to take over operationally, there has to be a change of management structure. But none of these has happened.

“The banks, at the last meeting with the Etisalat management, made it clear that they were not interested in taking over Etisalat and they would never be interested. What they want is nothing but their money in full and the full interest charges.”

The officials also stated that the banks had been fair to the telecoms company by making the payment plan flexible.

“They reduced the debt burden by between 20 and 30 per cent. The banks also agreed that they would ask for discounted rate on the interest rate by six per cent, to cushion the effect. They banks also asked them to pay over an eight-year period,” the source added.

Dikko also denied reports that the management of Etisalat Nigeria was being investigated by the Economic and Financial Crimes Commission following a petition to “the Federal Government asking that Etisalat be investigated” on how the funds from the syndicated loans were utilised.

He stated, “Etisalat wishes to categorically affirm, for the avoidance of doubt, that the reports are patently false and most unfortunate considering the damage such misleading information can have not only on our business, but indeed on the telecommunications industry and the country as a whole.

“Concerned parties have access to our books and do not require an investigation into how the loan sum was utilised. All of the infrastructure investment and services for which the loan was secured were paid through our banks and these are verifiable.

“It will be recalled that the $1.2bn loan, a medium-term seven-year facility, was obtained by Etisalat Nigeria for the purpose of expanding its network and improving the quality of service on its network. The economic downturn of 2015 and sharp devaluations of the naira negatively impacted on the dollar-denominated loan by driving up the loan value, thus prompting Etisalat to request a loan restructuring from the consortium of banks.”