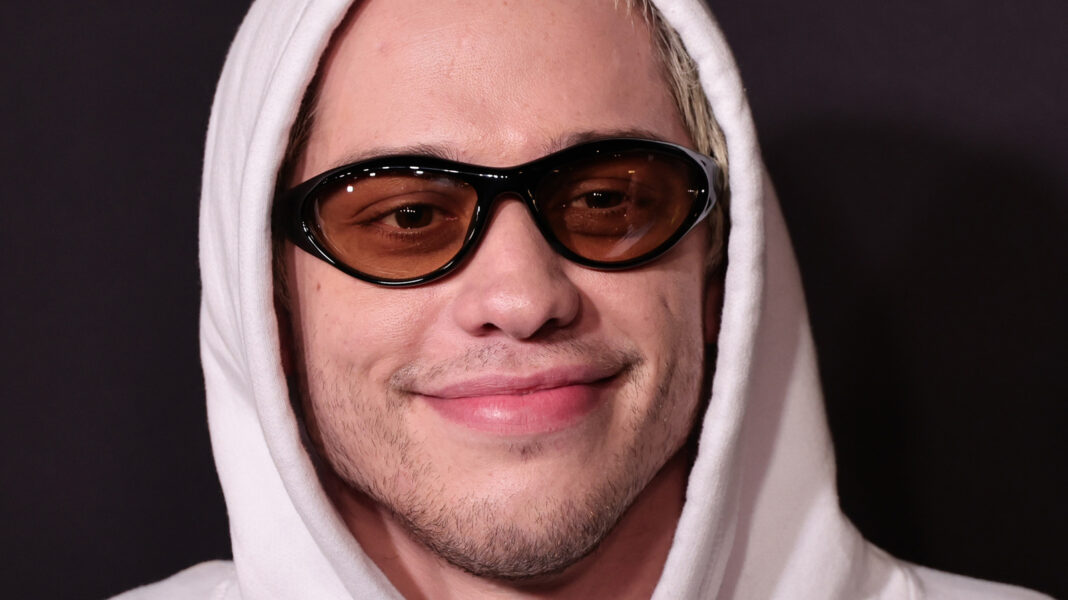 It seems Kim Kardashian wasn’t lying; Pete Davidson is just as great as everyone says he is! And his on-screen mom, Edie Falco, is here to prove it. During a recent red carpet appearance, Falco explained to the press that everyone falls in love with Davidson once they meet him — and it’s impossible not to. “There is something so endearingly vulnerable and out there [about him]. He doesn’t play games. He doesn’t try to keep up an image beyond what he cops to,” Falco said”He’s absolutely lovable. The second you meet him, you just want to hug him.”

It’s those personality traits that Falco says are what allowed Davidson to step out with Kim Kardashian, Kaia Gerber, and Ariana Grande, among other celebrities he’s dated, “He’s as genuine a person as I’ve come across in a long time,” Falco said. “You kind of fall in love with him the second you meet him.” Although most of us won’t be meeting Davidson anytime soon, maybe the same will be true — and we will all fall in love — when seeing Davidson play himself in “Bupkis.”