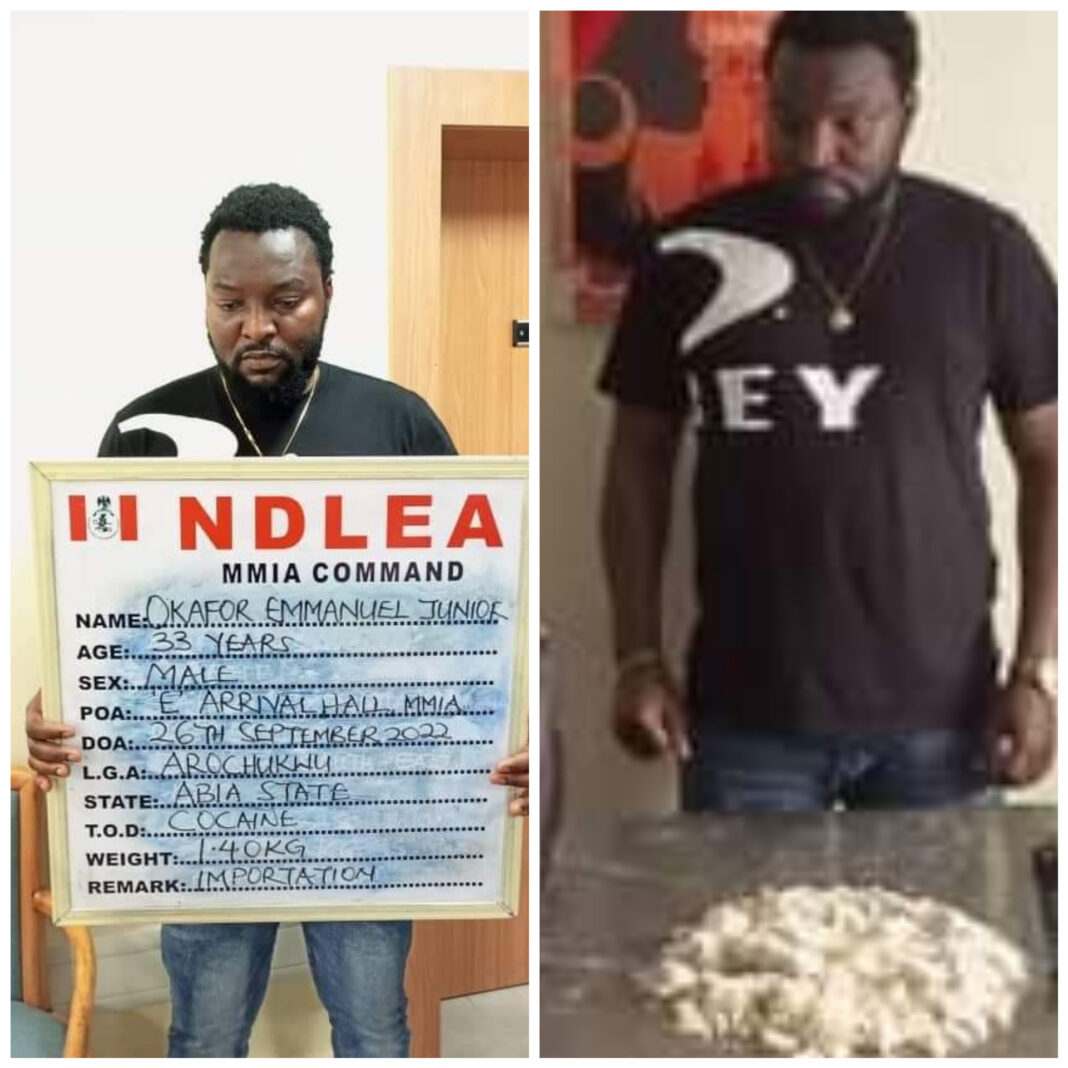 Operatives of the National Drug Law Enforcement Agency, NDLEA, have arrested an ex-footballer, Okafor Emmanuel Junior at the Murtala Muhammed International Airport, Ikeja, Lagos, on his arrival from Sao Paulo, Brazil via Addis Ababa on board an Ethiopian airlines flight with 1.40kg crack cocaine concealed in his bags.

Also read: “Big Brother Naija + SA” Is Coming To Your Screens In 2023! #BellaNaija

Spokesperson of the agency, Femi Babafemi, in a statement on Sunday, October 2, said the 33-year-old indigene of Arochukwu Local Government, Abia State was arrested on Monday 26th September 2022 after anti-narcotic officers discovered he concealed the illicit substance in the handles of his bags and padded the top edges of same with the class A drug.

During the preliminary interview, Okafor disclosed that he was an ex-footballer with the University of Nigeria Teaching Hospital, UNTH Enugu FC, where he played for four seasons before leaving for Sri Lanka in 2014.

He further stated that he moved to Brazil from Sri Lanka after playing for two seasons but could not advance his football career in Brazil due lack of official documents.