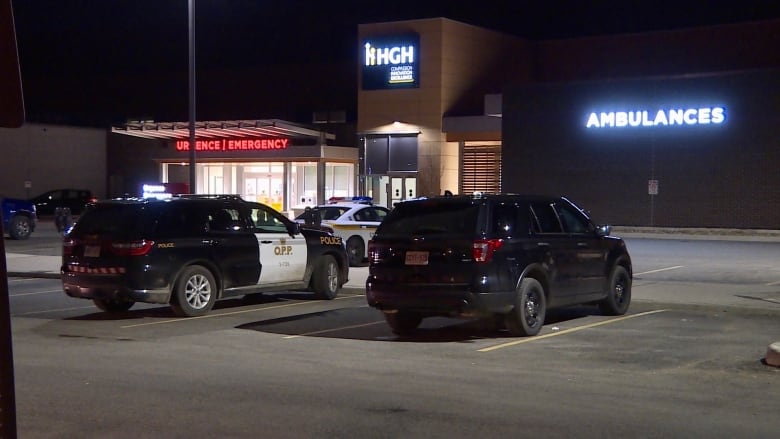 A doctor has been charged with first-degree murder as police investigate multiple suspicious deaths at the eastern Ontario hospital where he works.

Ontario Provincial Police were called to the Hawkesbury and District General Hospital, which is between Ottawa and Montreal, on Thursday evening, police said in a news release.

At a court appearance on Friday, Brian Nadler, 35, who lives in the western Montreal suburb of Dollard-Des-Ormeaux, was charged with one count of first-degree murder.

His next court appearance is scheduled for April 6.

Police didn’t say how long the investigation has been going on or how many deaths are being investigated. Ontario’s Office of the Chief Coroner is involved, it confirmed in an email.

“At this point, while we don’t know exactly how big this investigation will be, we are looking at other suspicious deaths that have occurred recently at the Hawkesbury hospital,” said OPP spokesperson Bill Dickson.

“Whether it proves that they are indeed something criminal or not, we will have to wait and see.”

He encouraged anyone with information to contact the local detachment.

“We promise we’ll conduct a complete and thorough investigation that you deserve to make sure that you in the Hawkesbury area and everyone else gets the answers,” Dickson said.

The hospital said that all patient services are being maintained, and all appointments are being kept.

“We want to reassure our patients, their families, and the community at large that the hospital site is safe,” the statement said.

The hospital said it is working with the police and is in touch with the families that have been affected. It’s also offering counseling and other services to its staff.

The hospital has also been dealing with two active COVID-19 outbreaks.

Nadler has been licensed in Ontario since Feb. 4, 2020. He graduated from Montreal’s McGill University in 2010, then went to the University of Alberta for surgery and internal medicine until 2014, according to an online database listing his post-graduate training.

He was a resident at the University of Saskatchewan’s medical school from July 2014 to September 2018, the College of Physicians and Surgeons of Saskatchewan told CBC in an email.

During that time, he faced two unprofessional conduct charges, the college said.

Documents show one charge was for allegedly calling a female colleague a “bitch” after an argument and telling someone else he “felt like slapping” that colleague. Another charge involved patient record-keeping.

The incidents linked to both charges allegedly occurred the same day in August 2014.

The college said he apologized and took a pair of courses about ethics and record-keeping. It did not proceed any further with the charges.

From Sept. 24, 2018, to Sept. 23, 2019, Nadler worked as a geriatric fellow at the University of Nevada, Reno School of Medicine, the university confirmed in an email.

The Ontario College of Physicians and Surgeons, which regulates and investigates doctors, said in a statement it would immediately look into “these alarming allegations.”

Mayor Paula Assaly asked people to remain calm and not be afraid of seeking care at Hawkesbury and District General Hospital.

She also said she didn’t know the accused.