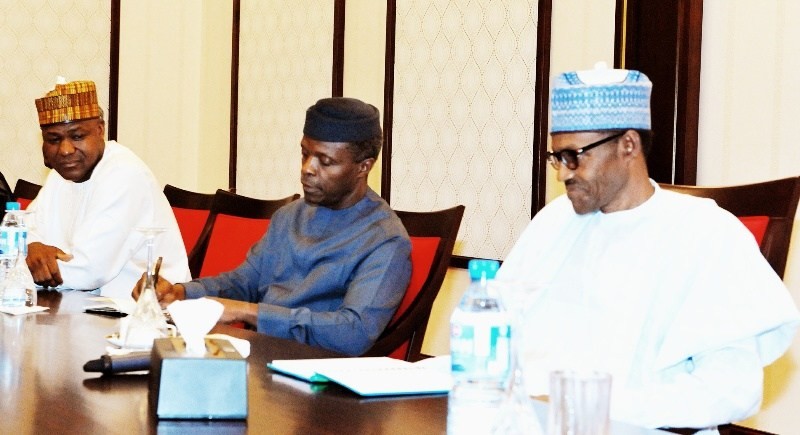 The Acting President, Yemi Osinbajo, on Sunday said Nigeria was in dire need of those who can make sacrifices to make the nation great.

The service had “The Dry Bones Shall Live Again” as its theme.

Buttressing his point with the story of the Good Samaritan in Luke 10:30-37, the Acting President advised Nigerians against emulating the politician and the cleric in the story that looked the other way when they saw the man that was attacked by thieves and left for dead.

He urged them to emulate the Good Samaritan whom he described as a nobody that took compassion on the victim, poured oil on his wounds, and took him to the hospital.

Osinbajo said, “When we look at our country, it is not the state it fell that is the story but the story is how the people react when you see the nation that needs to be helped.

“While the politician and cleric look the other way when they saw the man that was half dead,  the Good Samaritan had compassion on him, bandaged him and took him to the hospital.

“The nation requires those that can make the sacrifices to make it great. They are those whom Jesus spoke about; people that may not be of note but are prepared to make the nation great again. Some are doctors, teachers, young graduates.

“Make the sacrifices required to make our nation great whether you are a leader or a follower.”

Osinbajo concluded his address by praying that God will heal President Muhammadu Buhari and bring him back safely to resume his duties.