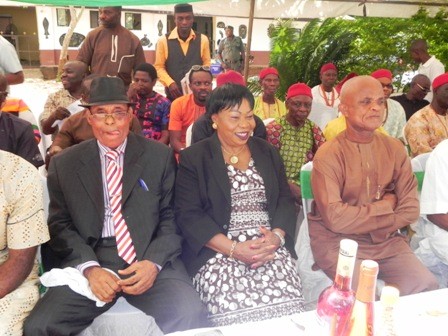 Speaking at the event, Ijomone said his empowerment package was in line with the SMART agenda of Governor Ifeanyi Okowa.

While lamenting that his initial plan was hard to accomplish due to the critical economic crunch, he said he had to embark on the programme out of necessity because he shared in the pains of his constituents.

Responding to the gesture, one of the beneficiaries, Mrs Kati Omo-ohwo, who got a sewing machine, expressed gratitude to their representative, noting that the package will transform their life for the better.

In the same vein, a leader of the party in the council, Chief C. Omo-nemu, commended the councillor for the gesture.

for the package, stressing that it involved a lot of financial sacrifice to embark on such a lofty programme in a time of economic recession and, therefore, called on the beneficiaries to make profitable use of the materials.