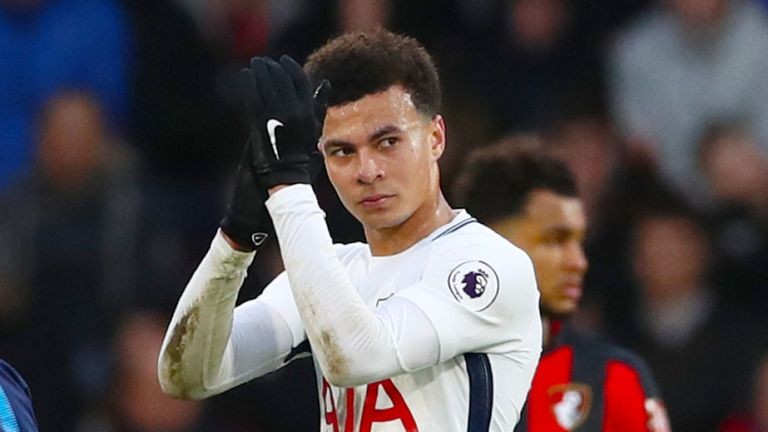 Dele Alli is the world’s best player at his age, according to Tottenham manager Mauricio Pochettino.

Alli scored for the first time in 16 appearances in the 4-1 win over Bournemouth on Sunday to take him to double figures for his third straight campaign at Spurs.

Alli admitted in December he was finding it difficult to maintain the high standard of form he first showed at the club. But with Harry Kane out injured for the next month, Pochettino defended Alli’s influence on his side – insisting no one at his age can match him.

“When you compare him, Dele Alli, a 21-year-old, with all the players in the world I think he is the best in his age,” said Pochettino. “In his form, assists, everything.

“I don’t understand why there is still that feeling [of criticism].

“If we are not happy with him, that is what is important for him, and we never criticise him.”

Alli was taken off late on in the win over Bournemouth with a thigh problem and Pochettino was uncertain whether the player would feature in their FA Cup quarter-final against Swansea on Saturday.

Pochettino urged caution following Alli’s call-up to the England squad on Thursday, insisting “he is not a machine”.

“We always want more but from the day he made his debut for Tottenham he has been one of the best in the world,” Pochettino added.

“I promise I am one of the most critical people with my players, but it is difficult to criticise him.”