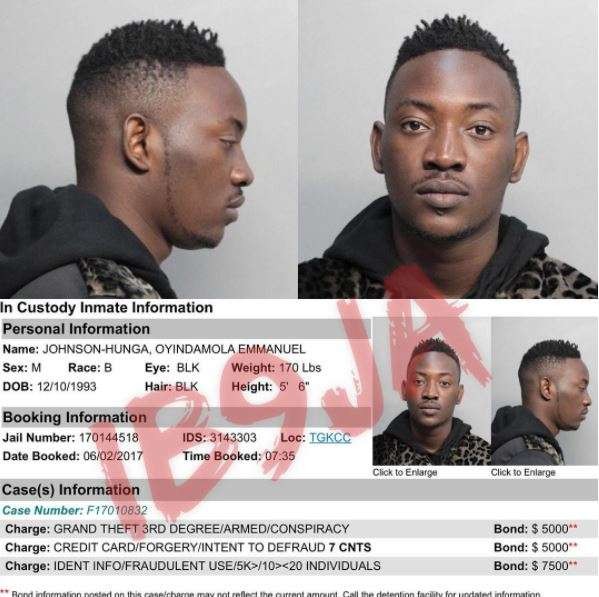 Nigerian singer, Dammy Krane, has been released from a US jail after meeting his bail conditions, set at $7,500.

The singer, who was earlier arrested for credit card fraud, pleaded not guilty to the charges and demanded a trial by jury and also chose the option of a waiver pre-trial conference.

According to an update from the Miami-Dade County Criminal Justice Online System, Dammy Krane’s court hearing has been fixed June 23, 2017.